After arguing that awarding a Pikseville company a $40,000 reservoir clearing contract was a missed opportunity to employ city youth, activist Kim Trueheart left a Board of Estimates meeting two weeks ago with an apparent victory:

The board had deferred the contract, with Mayor Bernard C. “Jack” Young and City Council President Brandon M. Scott telling Public Works and other officials to work out a way the ex-squeegee workers in Trueheart’s Bmore Clean & Green program could do some of the work.

But Trueheart said she was “baffled” to discover that the item was pulled from this week’s board agenda by the Young administration.

“That is unacceptable,” Council President Scott said at the start of yesterday’s meeting, demanding an explanation.

Stepping up to the microphone, purchasing agent Erin Sher Smyth said the item was removed so that the city could create a comprehensive program to cultivate and employ city youth.

“We are going to work on the workforce development program and use it as a test for the smaller contracts of which this program is included,” she said.

After the meeting, Trueheart approached Young, calling out, “Mr. Mayor!”

Young turned and walked away.

Trueheart then approached Sher Smyth and asked, “Do you have a timeline” for the program?

Sher Smyth did not have one, but said that meetings have been lined up by Tisha Edwards and Sheryl Goldstein in the mayor’s office.

“Isn’t this just a delay?” a reporter asked.

It was a delay to provide “greater opportunity” through a more thought-out and comprehensive program, Sher Smyth answered.

Trueheart said afterwards she was “skeptical,” and questioned the focus on small contracts.

“That doesn’t make make me comfortable when there are millions of dollars going out,” she said. “So larger contracts are exempt? We’ve heard from those companies that they aren’t hiring local youth. That to me makes no sense.” 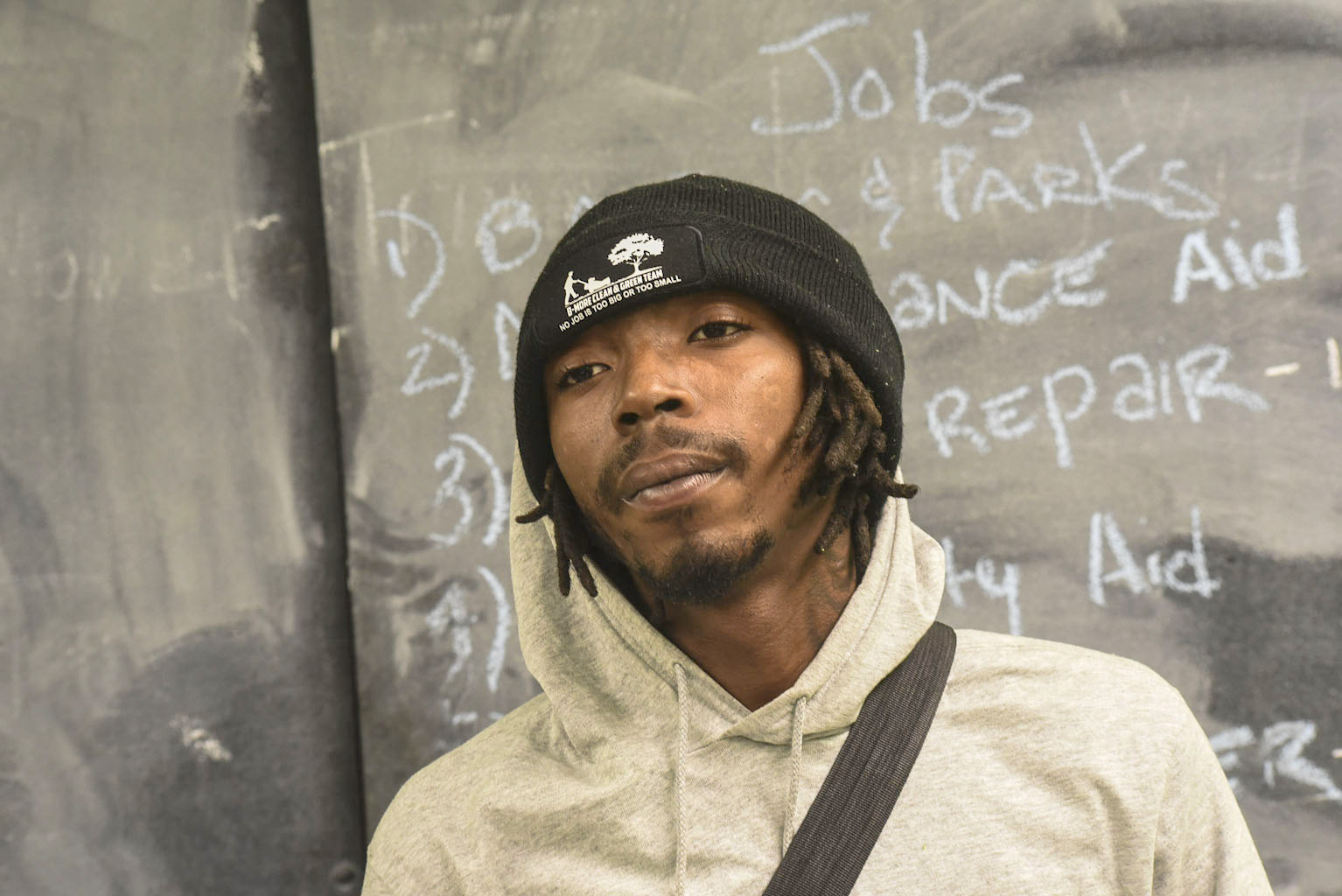 The latest twist in the saga was a sharp departure from the positive response Trueheart got – from the public and from Young and Scott – earlier this month.

She explained to the board the five-week grant-funded program she created to take young men who were cleaning windshields for money at city intersections and train them to do paid landscaping work.

Young then reassured Trueheart that his  administration would review ways to get Baltimore residents employed in low-skilled landscaping and janitorial jobs.

There had been no warning, however, that his staff would pull the emergency invasive species contract that touched off the controversy.

“We all agreed we would divert that item hoping we could hear how some agreement had been come to as to how these young men could come off the corners,” Scott said. 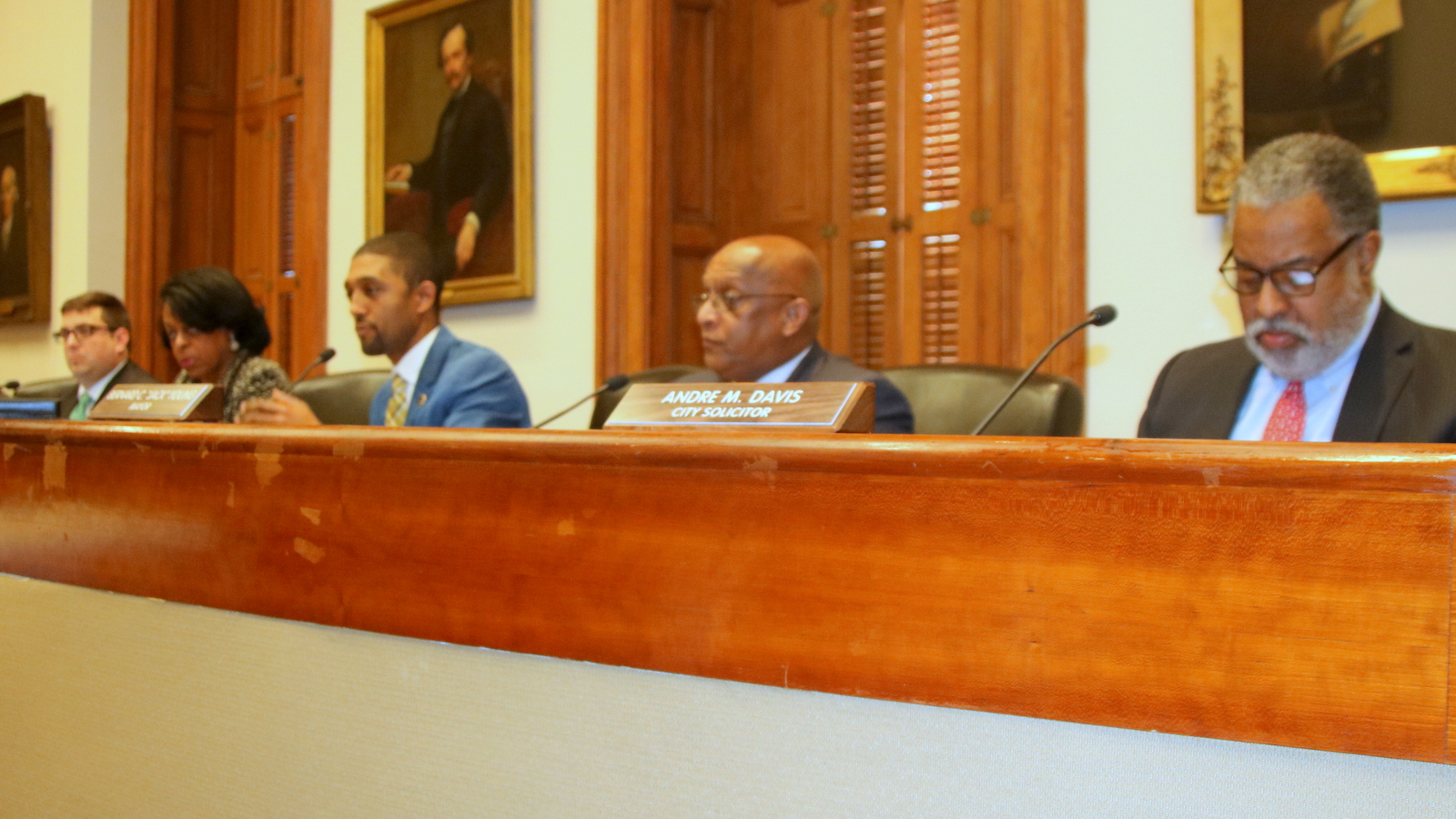 Recounting the latest incidents of violence in the city, Scott said the board’s actions need to be viewed as opportunities to provide people with safe and legal opportunities to make a living.

Scott: We hoped “we could hear how some agreement had been come to to get these young men off the corners.”

“Today is January the 22nd and we’ve already had 21 homicides in Baltimore City. We had a double homicide last night,” Scott said. “Something is clearly wrong. Something’s not working.”

Trueheart said she will press city officials to make sure there is follow-through on the youth workforce development program’s promise.

“It is possible that these young men we have been maligning who are on the corners trying to work can become employed with full-time jobs,” she said.

“But until these young men have jobs, the city is falling short.”