The former Pinderhughes school in Sandtown-Winchester will no longer be used as a homeless shelter now or in the future, Mayor Brandon Scott says.

The property at Fremont Avenue and Laurens Street was a homeless shelter under former mayors Catherine Pugh and Bernard C. “Jack” Young, but “this administration is not continuing with this plan,” Stefanie Mavronis, acting director of communication for Scott, said in an email and in person.

In January, or one month after he became mayor, the Board of Estimates approved a request to allocate $575,812 to hire architects for a project called “Pinderhughes School Renovations.”

That action raised concerns by a West Baltimore community leader, Eric Stephenson, that the property would become the site of a permanent homeless shelter – a use, he said, the neighborhood strongly opposes. 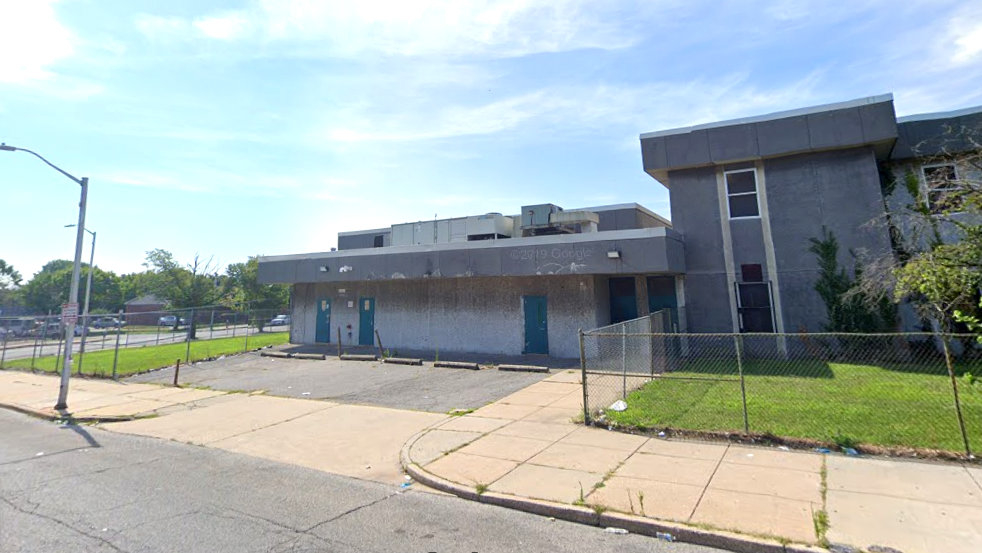 The Scott administration says the Pinderhughes building will not continue as a homeless shelter, previously used by more than 130 women and children. (Googleview)

Mavronis explained today that the funds were approved to pay for design work that was initiated when the Young administration was thinking about using the school as a permanent homeless shelter and wanted to know if it could meet the Covid-19 guidelines set by the Centers for Disease Control and Prevention (CDC).

She said the funding request was approved retroactively to pay for work that was already completed.

Mavronis said she couldn’t say exactly what the administration wants to see happen with the Pinderhughes property, which stretches across two city blocks near the Upton Metro station, but she wanted to make it clear that it will not be a homeless shelter as long as Scott is mayor.

Stephenson, a member of the Planning Commission who heads the Lafayette Square Community Development Corp., said tonight, “Residents will be very happy to hear about the statement from the mayor’s office.”

“I’m optimistic,” he continued, “this is a signal that the new administration intends to work with the community to facilitate whatever visions come out of the master planning process soon to get underway.”

Use of the building as a homeless shelter came up recently at a planning  meeting when commissioners were told that the Mayor’s Office of Homeless Services was seeking $4 million for “shelter improvements” in fiscal 2022. A city planner showed a photo of the Pinderhughes school to illustrate the mayor’s request.

Mavronis said today that she had made Scott’s position clear in a message that was sent to a Brew reporter on February 13. The message was sent to an email address that the reporter doesn’t use in regular correspondence with the city.

She said she believed a picture of the Pinderhughes building was shown to the Planning Commission because staff planners may have been working with budget requests that pre-dated the Scott administration.

“What you saw there was a plan that had previously been directed by the previous administration, and it was essentially just continuing. But I think what my statement made clear is that this administration is not continuing with that approach.”

The housing department has awarded a $60,000 grant to hire a planner to work with local residents to come up with a comprehensive plan to guide redevelopment of Sandtown-Winchester and Harlem Park.

That effort is expected to begin this spring and generate ideas for viable uses for the Pinderhughes property that can help strengthen the entire area, according to Stephenson.

“My neighbors and I are not against providing services for those in need, especially families suffering from homelessness,” he said.

“But those services need to be distributed equitably around the city and need to be properly supported and managed, which the Pinderhughes shelter was not.”