Over the past 45 years, I have attended more judicial and legislative hearings than I care to remember. But I never witnessed a hearing more embarrassing to – or revealing about – a local government than the budget hearing held by the Baltimore County Council last Wednesday.

The FY 2022 budget for the county’s Office of Inspector General (OIG) was on the agenda. Councilwoman Cathy Bevins (D-Middle River) used the opportunity to excoriate Inspector General Kelly Madigan for her investigation of William “Chris” McCollum, a county employee.

In my opinion it was a jaw-dropping abuse of authority for Bevins to grill the IG on the investigation of a specific individual under the guise of a budget hearing. It was made much worse by the fact that that McCollum is a personal friend and political ally of Bevins – a bit of information that the councilwoman somehow never disclosed at the hearing.

Since 2016, McCollum has been Bevins’ campaign treasurer. (Last week, she told The Baltimore Sun that McCollum resigned as her treasurer “several months ago,” but as of this morning, he’s listed on State Board of Elections records as her treasurer.)

McCollum also managed Bevins’ campaign in 2018 for which, The Brew reported, he was paid $20,000 – something he didn’t disclose on his government financial form until after The Brew requested it through a Maryland Public Information Act (PIA) request.

McCollum was dinged by the IG for purchasing over $1 million in unneeded equipment and using county procurement cards for $30,000 in unauthorized purchases while head of the county’s Center for Maryland Agriculture and Farm Park, known as the Ag Center.

At the budget hearing, Bevins appeared to read from a list of questions as she grilled Madigan.

• VIDEO: Excerpts of the hostile questioning of IG Kelly Madigan (5/24/21)

Her performance looked to me like a concerted effort to discredit the IG and shut down any further investigation of McCollum.

It was doubly suspicious because of the tight political and personal relationships among Bevins, McCollum and former county executive Jim Smith.

Bevins is a former employee and protege of Smith. In  2010, Smith campaign entities, including his Baltimore County Victory Slate, bankrolled her successful run for a seat on the county council.

As treasurer of Smith’s Victory Slate, McCollum is at the center of a related controversy. A detailed investigation by The Brew has disclosed an astonishing number of errors and inconsistencies in the finance reports that McCollum filed on behalf of the slate.

“This is only one of dozens of questions that will take the State Board of Elections and perhaps the State Prosecutor to sort out.”

What happened to the other $4,000? This is only one of dozens of questions raised by The Brew’s reporting that will take the State Board of Elections and perhaps the State Prosecutor to sort out.

McCollum landed on his feet, not surprising in Baltimore County. He was appointed to a senior position in the county’s Department of Economic and Workforce Development now paying him $135,000 a year.

At one point during the hearing, Bevins told Madigan: “This is Baltimore County, and I think that you just need to get more comfortable with some of the policies and procedures that happen here in the county.”

No, councilwoman, county residents do not want Madigan to “get more comfortable” with the incestuous goings-on in Baltimore County.

Jones ran the hearing more like an inquisition than a budget hearing. He and Bevins took Madigan to task for her “demeanor” and at times appeared openly hostile toward her. There was an implied threat that her budget would be cut if she did not rein in her investigations.

“Both politicians are very familiar with the developers and lawyers who have dominated Baltimore County government for decades.”

Some concerns expressed were laughably transparent. Councilman Tom Quirk (D-Catonsville) complained about the IG’s “unfettered” access to emails. First, government emails are a public record. Second, heaven forbid a government watchdog agency should have access to evidence of wrongdoing by government employees.

The hearing also had its surreal moments.

Jones complained that Quisenberry “scared” employees – some so frightened that “they can’t do their jobs.” Yes, he actually said that.

“We’ve all heard it”

Councilman Todd Crandell (R-Dundalk) came to Madigan’s defense. Explaining the importance of her work, he noted,  “We’ve all heard rumors of this or that person looking the other way, the good old boy network. We’ve all heard it.”

Jones bristled, “I haven’t heard it, councilman,” as Bevins nodded her head in agreement.

Jones and Bevins must be the only two people in Baltimore County who have not heard the “rumors” about the county’s good old boy network.

Jones and Bevins know exactly to whom Crandell was referring. Both are very familiar with the developers and lawyers who have dominated Baltimore County government and politics for decades. 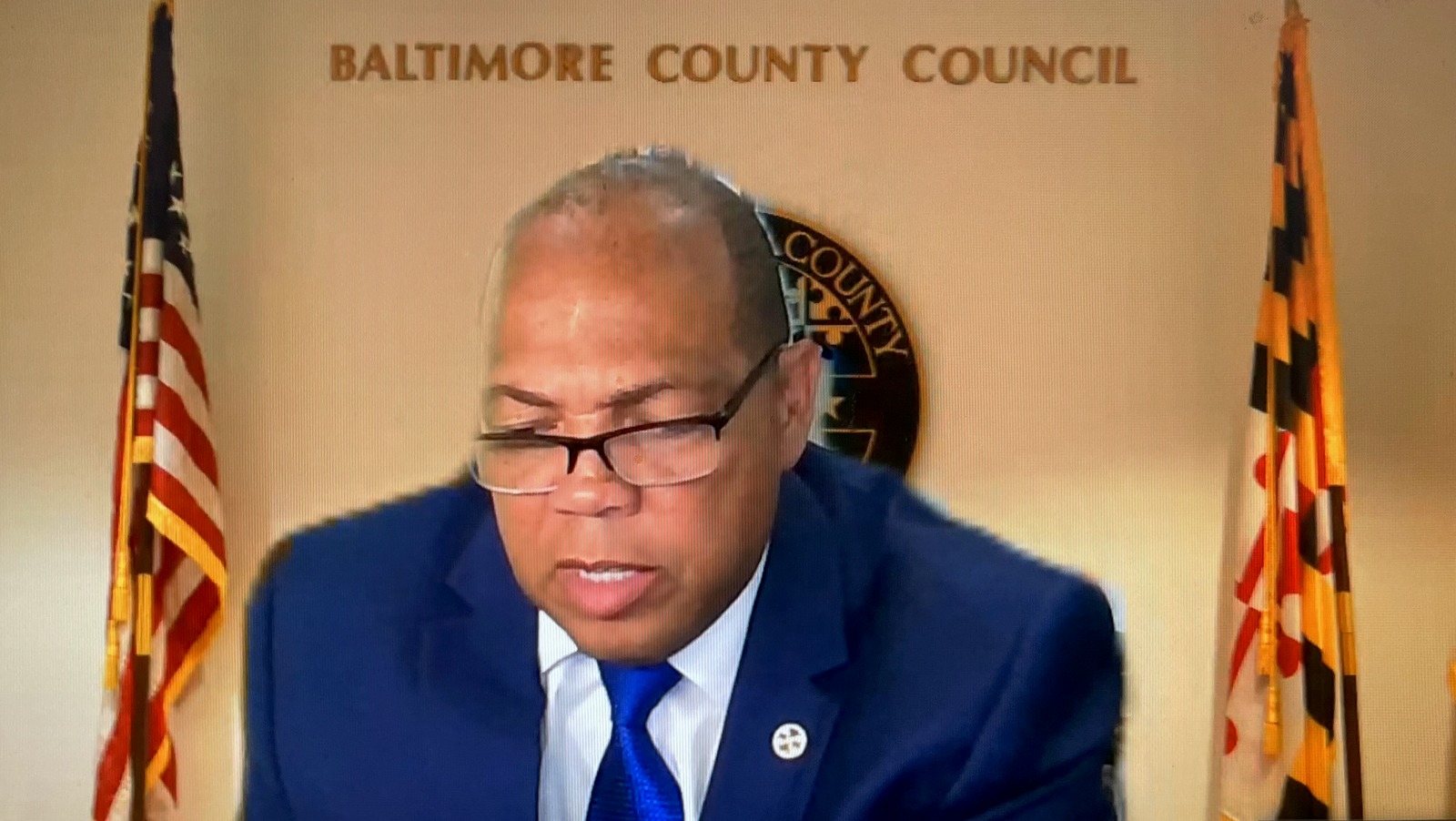 In the end, the council made no cuts to the IG’s budget. Of course, the hearing was never about money. It was about trying to intimidate the IG. And it was about power.

Some elected officials in Baltimore County have become accustomed to playing it fast and loose with the rules for personal and political advantage. That equates to power, and the IG is a threat to that power.

Jones stated that he is having “buyer’s remorse” about the legislation creating the OIG in 2019.

I can only guess at the reason why, but I do know that county government will not change if the council is successful in weakening the OIG, an agency that already has proved its worth.
________________________
• David A. Plymyer retired as Anne Arundel County Attorney in 2014 and also served in the state’s attorney’s office. He can be reached at dplymyer@comcast.net and Twitter @dplymyer.