Pless B. Jones Sr. laid it out about as bluntly as he could. “I’m not going to bite my tongue to nobody,” he proclaimed.

“I’m here to represent the MBE [minority business] community, and if this is what we going to get today, then I just don’t know what to do,” he thundered across the dais to the Board of Estimates seats occupied by Mayor Stephanie Rawlings-Blake and City Council President Bernard C. “Jack” Young.

The issue at hand was a protest by fellow minority businessman, Robert Harrington, about being denied a water meter contract, but the implications embodied by Jones’ appearance were far reaching.

Jones is a key political player in town as president of the Maryland Minority Contractors Association. When Mayor Sheila Dixon was forced to resign in 2010 after her corruption conviction, Jones hired her as MMCA’s marketing director.

Although Jones has personally poured more than $15,000 into the campaign coffers of Rawlings-Blake and Young since 2011, he has become so resentful of their perceived indifference to minority participation that he has let it be known that he’s urging Dixon to reenter politics – preferably to take a crack at Rawlings-Blake in next year’s mayoral election.

Dixon, who remains MMCA’s marketing director, has not committed to anything yet. But her possible entry into the race was one of the unspoken messages/warnings of Jones’ appearance last Wednesday.

During his cameo (and never forget that the Board of Estimates is a stage for many convoluted political dramas), Jones lit into the mayor’s Minority and Women’s Business Opportunity Office (MWBOO) for rejecting two low bids by Harrington on the grounds that Wite-Out correction fluid was used to make changes that were not properly initialed. 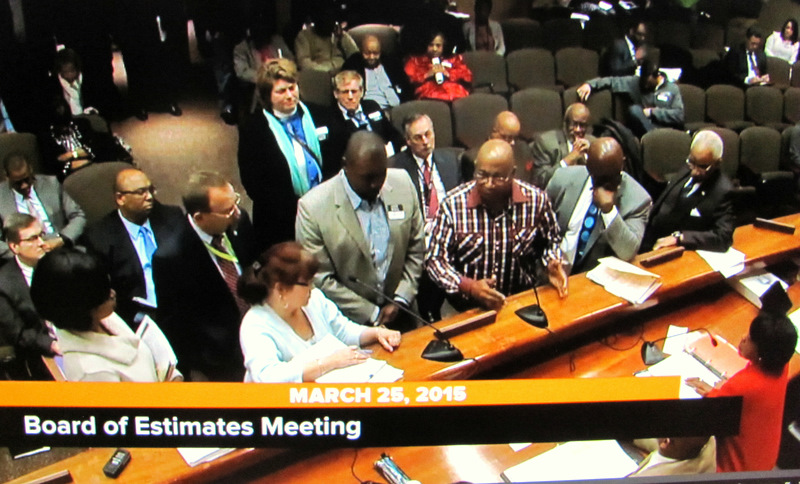 Pless Jones addresses the mayor and Jack Young (both unseen) at last Wednesday’s Board of Estimates meeting. (CharmTVBaltimore)

“The MWBOO office should be an advocate for MBEs,” Jones said. “But we’ve never gotten that. Everybody here, except for Miss Pratt [the City Comptroller], was arguing how they should not give the job to Robert.”

“You Talk about Jobs”

Looking directly at Jack Young and referring to his legislative motto, “Jobs, Jobs, Jobs!,” Jones continued: “Mr. Young, you talk about how you want minorities to get jobs. You want work for people in the community. That what he do. What’s the purpose of not giving it to him? Only because you don’t want him to have them [the contracts]?”

When the mayor tried to object – “That’s a mischaracterization,” she murmured – Jones added salt to the wound by invoking the memory of the late Arnold M. Jolivet, who repeatedly clashed with the mayor over minority participation before his death last summer.

“I don’t know what to do except do like Jolly, take to the streets. That’s what Jolly Jolivet said, ‘Let’s go march!’”

George Nilson, the city solicitor who frequently comes to the mayor’s defense, tried to defuse the tension by offering Harrington a chance to meet with him about the procedures and rules that had tripped up his bid. 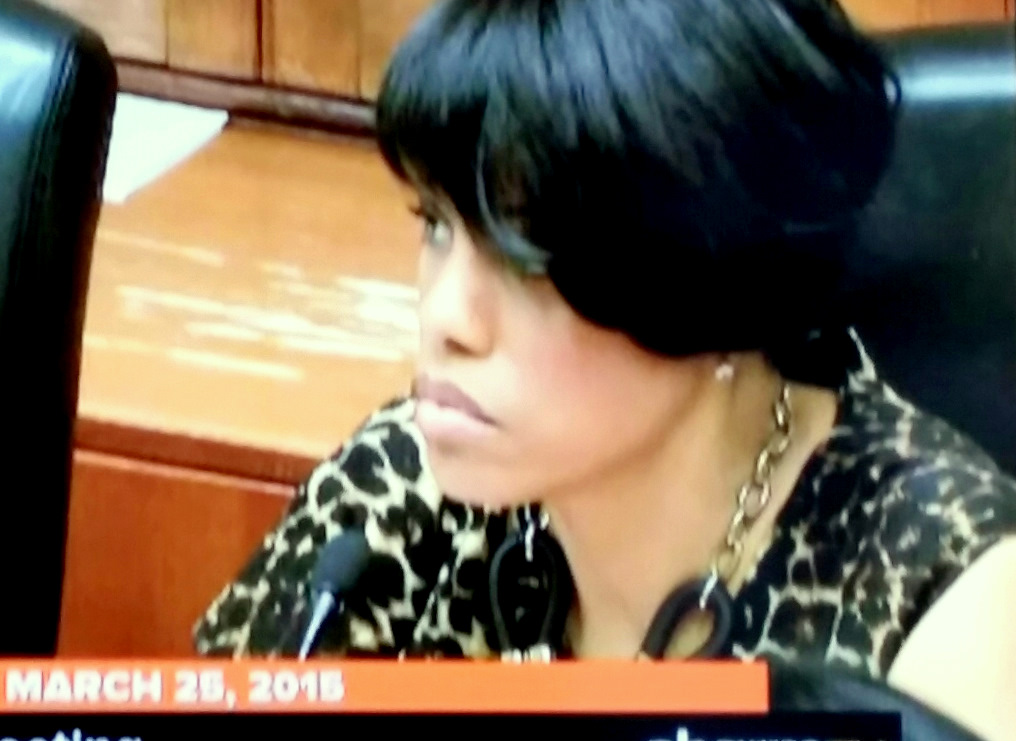 But Jones was having none of it.

To which Jones roared back, “This board need to show up. . . We’ve had too many outreaches and all this for years. What we get is nothing but a few crackers!”

Mayor: It Pains Me, Too

As a lull descended, Mayor Rawlings-Blake took to the microphone to defend her administration.

She was referring to the higher cost of the two bids by Metra Industries of Little Falls, N.J.

“The challenge is that if Metra came and submitted the same form, Mr. Dashiell, you and your team would tell us we’d have to reject it for the exact same reason you’ve said consistently – because the form wasn’t right. But because your client did it, now it’s our problem and we don’t care about minority businesses. It’s just not true.”

Jones wasn’t to be silenced and took to the microphone again to tell the mayor and Young that the board has the right to accept or reject any bid, whichever is in the city’s best interest.

Seconds later, Rawlings-Blake and Young voted to award the contracts to Metra, leaving unanswered-for-now the question of whether their decision is in the best interest of their political futures.