The effort by the Rawlings-Blake administration and Kevin Plank’s p.r. handlers to portray the $535 million TIF he seeks for Port Covington as a prudent extension of the city’s routine “leveraging” of public funds for infrastructure ignores one crucial point.

The request goes against many years of city opposition to tax increment financing (TIFs) as bad public policy.

Yes, before the current crop of politicians came to rely on TIFs, their predecessors warned against them.

Between 1980 and 2000, Baltimore government refused to issue TIF bonds, sometimes citing reasons that mirror the arguments now used by critics of the Port Covington TIF.

Former Mayor William Donald Schaefer, for one, believed that TIF financing was a unjustified hand-out to developers and could hurt Baltimore’s long-term economic growth.

A five-page report to Maryland lawmakers in 2000 by the Department of Legislative Services summed up the history of Baltimore’s hostility to TIFs, noting that the Schaefer administration believed TIFs were “inconsistent with Baltimore’s city-wide rehabilitation and redevelopment efforts.”

Because city government could not use the increase in property tax revenues generated by a TIF district for anything but paying off bonds in that district, City Hall would be “forced to select which neighborhoods would benefit from inclusion in potential TIF districts,” the report noted.

Such a scenario “create[d] the danger of political polarization” and that danger formed a major reason for “the city’s opposition to tax increment financing,” the report said.

In other words, long before the protests decrying the “Two Baltimores” after Freddie Gray’s death – and long before the civic conversation turned to the stark differences between places like Sandtown-Winchester and places like Harbor East – city officials had been worried about inequities spurred by tax incentives that benefited upscale communities.

Schaefer also thought that TIFs were a roundabout and costly way to finance public infrastructure. Typically, local governments paid for infrastructure with general obligation (GO) bonds. Interest rates are much lower than on the more speculative TIF bonds.

Instead, a developer pays all costs associated with the design and construction of infrastructure within his boundaries, which is then turned over to the county when the development is completed.

Back in the 1980s, Schaefer and his top aide, Janet Hoffman (who doubled as the city’s Annapolis lobbyist), were so vehemently opposed to TIFs that they got Baltimore excluded from a state law that permitted local jurisdictions to use TIF financing.

“Their argument was, how can you ask residents and longtime businesses to pay taxes and support city services when you’re not going to get new tax revenues for 20 or 30 years from new developments through TIF financing,” remembers Ronald M. Kreitner, a development coordinator in the mayor’s office at the time.
___________________________________

The Mechanics and Costs of TIFs

TIF financing is complicated, but it boils down to this – the tax revenues gained from a development over 20 or 30 years are diverted from the city’s general funds to a special TIF reserve, which uses the tax “increment” to issue bonds to finance site improvements. 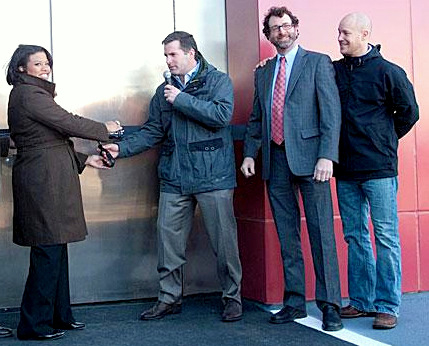 By way of analogy, how might a TIF work for homeowners?

Basically, it would mean that a large portion of your and your neighbors’ annual property taxes would be set aside specifically for enhancements to your block and surrounding community – say, a new sidewalk here, rebuilt sewer lines there, a new rec center down the block.

In much the same way, the $535 million TIF sought by Kevin Plank would be used within the boundaries of his own private property.

(It is important to note that Plank’s real estate company, Sagamore Development, would receive the TIF funds, not Under Armour, which Plank heads as CEO, that is separately building a new headquarters on part of the property.)

His private tax gain would be the city’s overall tax loss.

Sagamore Development would pay no property taxes over the current land value for city services – police, schools, sanitation, parks, social services, libraries – over the 20- to 30-year life of the TIF bonds.

Because TIF financing was considered non-traditional and speculative, the original state law was aimed at jump-starting projects only in “blighted” areas. According to the Department of Legislative Services report, “A sponsoring jurisdiction creates a TIF district in order to demonstrate a public commitment to the economic and social vitality of an area, thereby encouraging privately financed economic development.”

In the case of Sagamore – as in the case of the TIF awarded to Harbor Point in 2013 – the area to be developed is former industrial waterfront land that is considered highly desirable, especially if the government picks up the infrastructure costs and underwrites such upscale amenities as parks, marinas and promenades.

Even more problematic to the city is the true expense of TIFs as a result of their high interest rates and long lifespan.

The Baltimore Development Corp. has given the “sticker price” of the Port Covington TIF as $535 million.

But the agency, whose directors are expected to vote on the Port Covington TIF at a closed session tomorrow (March 24), hasn’t told the public how much the TIF bonds would cost in interest and principal over their lifetime.

That figure will be around $1.5 billion or three times more than the number so far cited.

This estimate is based of the “advertised” and “real” price of the Harbor Point TIF awarded to developer Michael Beatty in 2013.

The TIF amount disclosed in public hearings was $107 million. But the total cost of financing the Harbor Point TIF was calculated in an appendix to the TIF legislation by MuniCap, the city’s financial advisor, as:

Dubai of the Chesapeake

The argument in favor of TIF financing is that Baltimore gets the benefits of new development through new jobs, more sales taxes, higher parking revenues and the like.

In the case of Port Covington, Sagamore claims that 26,500 jobs will be created over the next 25 years.

It projects that Under Armour’s headquarters staff will increase by five times (from 1,900 jobs currently at Locust Point to 10,000 future jobs at Port Covington). Another 16,500 more jobs would spring up around UA’s headquarters on property owned and developed by Sagamore.

Such development could be seen as turning a former railroad yard and coal terminal into the Dubai of the Chesapeake Bay. But because TIF districts are so relatively new in Baltimore – and because Sagamore’s skills and resources as a large-scale developer are so untested – the above claims and hopes so far amount to just that.

Getting back to the history of TIFs, Mayor Kurt L. Schmoke was more receptive to TIF financing han Schaefer, and his administration successfully sought state authority to issue TIF bonds in 1994.

But Schmoke was stymied because a provision in the City Charter said that the Mayor and the City Council could not create any public debt without first seeking authorization from city voters.

Worried that such approval would not be forthcoming – or would result in such a long time lag that the TIF program would become unworkable – the city and its allies in Annapolis came up with some ingenious legal footwork. 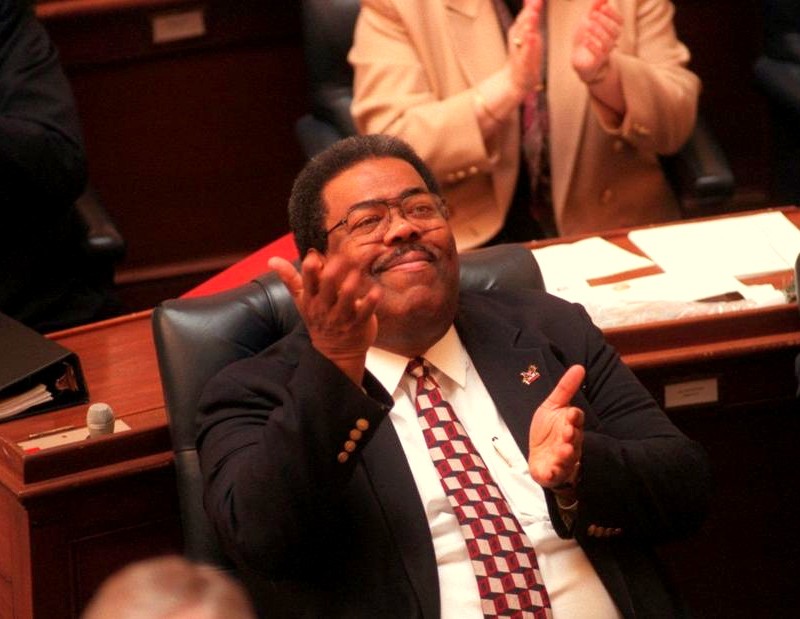 First, the city specified that it would not pledge its full faith and credit to TIF bonds, which “was apparently designed. . . to avoid the voter approval requirement” said the 2000 Legislative  Services report.

But in the Mancuso decision, Maryland’s highest court had ruled that the issuance of bonds by a municipality – regardless of whether it pledged its full faith and credit – still constituted debt. Thus, in 1997, Maryland Attorney General Richard Israel informed Del. Howard Peters “Pete” Rawlings, the biggest advocate of TIFs, that the court decision required Baltimore to win voter approval for TIF bonding.

So it was back to the drawing boards.

Getting Around the Voter

In 2000, Rawlings, chairman of the House Appropriations Committee, helped figure out a way to skirt the voter requirement.

Legislation was passed that waived a section of the State Constitution that forbid Baltimore from issuing bonds without voter approval, while the city amended Baltimore’s Charter to set up a special fund to reimburse the city annually for TIF debt services.

These changes permitted the Mayor and City Council to approve TIF funding without going to the voter. Thus the second chapter of the TIF saga began with Baltimore Mayor Martin O’Malley.

O’Malley was eager to use  TIFs and another financing tool engineered by Del. Rawlings. The Maryland PILOT (Payment In Lieu of Taxes) Act permitted Baltimore to exempt from real estate taxes economic development projects located in the downtown area for up to 25 years.

The greatest benefactor of the PILOT program was John Paterakis who got all of the property taxes on his Marriott Waterfront Hotel abated for 25 years. (Under his agreement with the O’Malley administration, Paterakis would pay $1 per year in real estate taxes until 2025.)

The initial TIFs developed by the O’Malley administration, however, were modest and spread around the city.

They included $2 million to help developer Bill Streuver rehab Belvedere Square on York Road, $4 million for a housing development in Northeast Baltimore, and $5 million to help convert Clipper Mill in Woodberry into apartments and office space.

These TIFs  were followed by $15 million to help General Growth Properties expand Mondawmin Mall with a  new Target and Shoppers Food grocery store, and the largest TIF during his administration – $78 million for East Baltimore Development Inc.’s massive clearance of East Baltimore north of Johns Hopkins Hospital.

It wasn’t until O’Malley left City Hall for the Governor’s Mansion in January 2008 that TIF districts became a hot item for city government.

Just a year after this TIF package, Turner was in Baltimore Circuit Court testifying about the $500 in gift cards that he had left at Mayor Dixon’s office for poor families.

Dixon was subsequently convicted by the jury of stealing the cards for herself and resigned as mayor. Meanwhile, Turner’s dreams of a second Inner Harbor fell apart.

Eventually, the project went bankrupt, and Turner’s 43 acres of land was sold at auction to Kevin Plank’s Sagamore at the bargain-basement price of $6 million.

Luckily for taxpayers, Turner never got his project going, so the city was not exposed to the fruits of its former and present mayors’ reckless promise of spent hundreds of millions of dollars on a project that proved illusory. 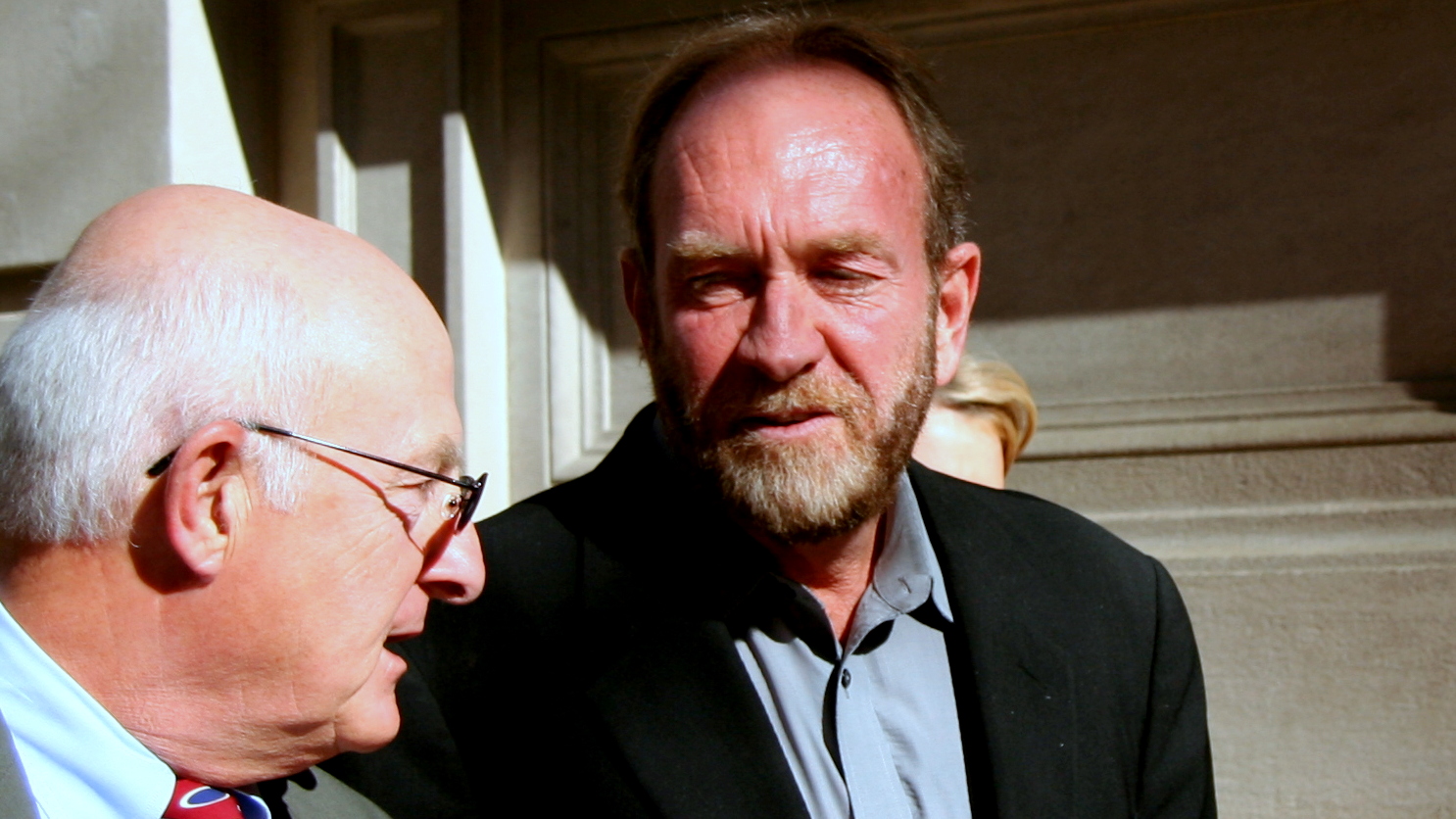 Developer Patrick Turner, with his lawyer, after testifying in the trial of Sheila Dixon in 2009. (Fern Shen)

One would think Westport would serve as a cautionary tale to Mayor Rawlings-Blake and the other local politicians.

But instead, nearly every city official, from South Baltimore’s Councilman Eric Costello to the Democratic Party candidates for mayor, are lining up in support of the athletic wear CEO’s extravagant plan.

Some mayoral candidates – such as Dixon, seeking a comeback – they are going to wrest concessions from Plank, while others – like Catherine E. Pugh – say construction of Port Covington would help the nearby, actually blighted communities of Cherry Hill, Brooklyn and Westport.

Sagamore and its owner, Kevin Plank, have little experience in urban redevelopment. Plank made his fortune in athletic wear, not real estate. His company is currently constructing a boutique hotel at the Recreation Pier in Fells Point and has converted a city maintenance garage into a hip set of offices. Otherwise, Sagamore has no track record.

As Steve Siegal, described as a Sagamore vice president, recently said, Port Covington is “incredibly risky” and, by extension, so is City Hall’s commitment of debt financing for the project for the next 25 or 30 years.

Ron Kreitner wishes his old boss and Janet Hoffman were still alive to counsel the current generation of officeholders.

“Janet liked to say, ‘It’s a slippery slope. Once you start doing these things, someone will start to argue that you got to do it for the next one. And the next one. We’re better off not having the authority, period.’”

“Her wisdom,” says Kreitner, “continues today in my mind as wisdom.”