Looks like a nerve was hit in City Hall with last week’s disclosure of Council President Bernard C. “Jack” Young’s plan to get private donors to defray the cost of transition activities after the November General Election.

Turns out that in addition to posting a defense and slight reframing of the plan on social media, Young’s office also circulated a memo to Council members and staff the day we published the story.

We happened to obtain a copy of it and read it with interest.

In the email signed by chief of staff Carolyn Blakeney, Young again notes that his request for the exception to the city Ethics Regulation was done under the law (as The Brew reported).

The ethics exception had drawn criticism in part because of the irony some saw in one of the activities Young plans to use the donations and in-kind gifts – ethics training for incoming Council members.

The copy of Blakeney’s memo had another feature we noticed as well: a sharp remark, directed at the news organization that broke the story, as the memo was forwarded by one of those outgoing incumbents.

“Does anyone believe anything they read in The Brew?” asked 1st District Councilman James B. Kraft. 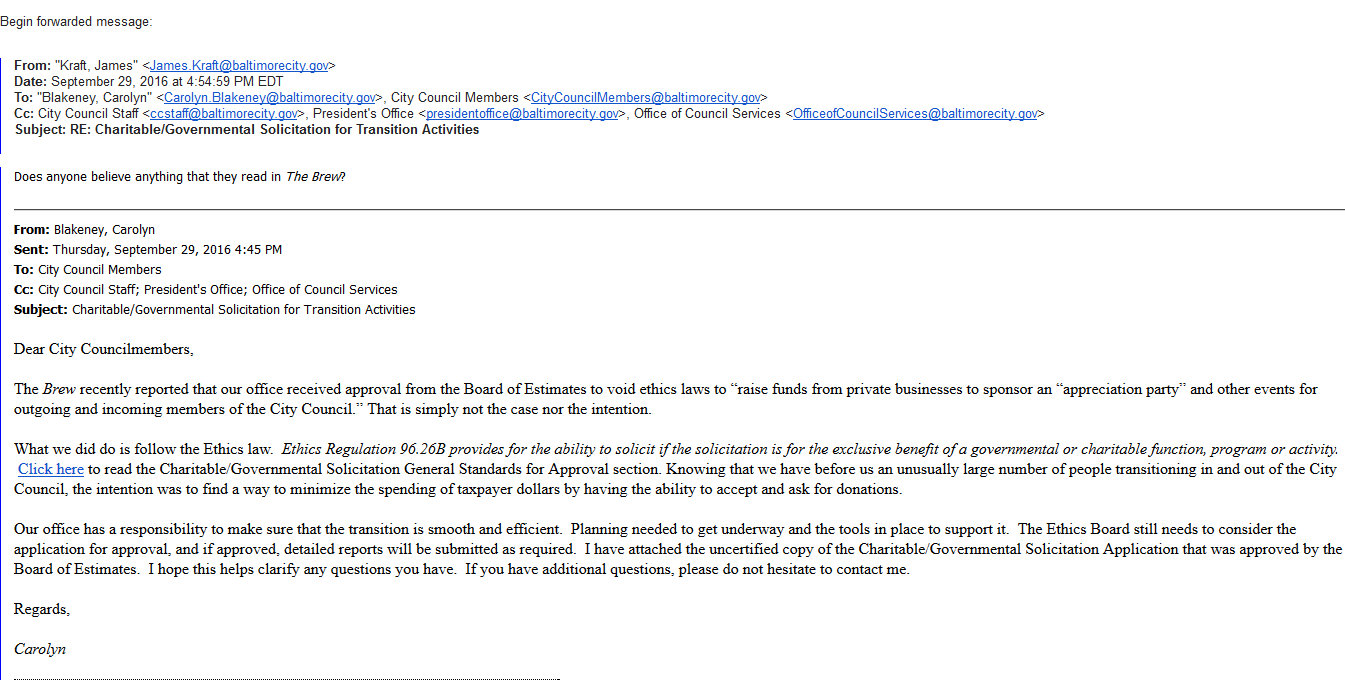