For most officials in City Hall, the corruption probe into Mayor Catherine Pugh’s insider sale of her Healthy Holly books – and a cascade of new investigations and audits The Brew disclosed last week – has kept them in a continued state of anxiety and uncertainty.

Questions swirled about what other Pugh cabinet members would follow the lead of James T. “Jim” Smith Jr. and resign. (Ex-City Councilman Bill Cole announced this morning he is leaving his job as head of the Baltimore Development Corporation.)

Rumors persisted that Pugh intends to show up in City Hall despite calls for her resignation by the City Council, the city delegation of the House of Delegates, the region’s two major daily newspapers and the downtown business group, Greater Baltimore Committee.

“What if the mayor walks back into City Hall Monday morning?” Councilman Ryan Dorsey was asked on Twitter

One person, however, seemed to be embracing the moment with measured but full-throated enthusiasm: City Council President Bernard C. “Jack” Young, thrust into the mayor’s office by Pugh’s leave of absence.

“While the job of mayor is important and can be daunting, I want you to know that I am prepared to lead this city,” Young was quoted saying in an upbeat email released by his office.

“The City of Baltimore runs through my veins and I love my hometown dearly,” Young continued, under a headline that dispensed with the “acting” or “ex officio” terminology:

“A steady hand at the helm: Mayor Young hits the ground running.”

Young’s newsletter went on to show him in various mayoral roles, from reassuring lawmakers in Annapolis that he was “in control of government” to swearing in new cabinet appointees to inveighing against “bad corporate actors” in a federal lawsuit (“We’ll do everything in our power to stop you and hold you accountable,” he intoned).

Downloadable “grip-and-grin” photos show him crisscrossing the city, on the West Side clutching a turquoise bowling ball at the newly renovated Shake & Bake Family Fun Center, on the East Side posing with a giant $2,500 “check” to a community group at the reopening of the Canton Safeway.

“I give the guy a lot of credit. He’s stepping into an unbelievably challenging job that he didn’t really want,” Councilman Zeke Cohen said, noting that Young showed up for three events in Cohen’s southeast district in one week, including one of the multi-agency neighborhood walk-throughs that Pugh had been leading for her Violence Reduction Initiative. 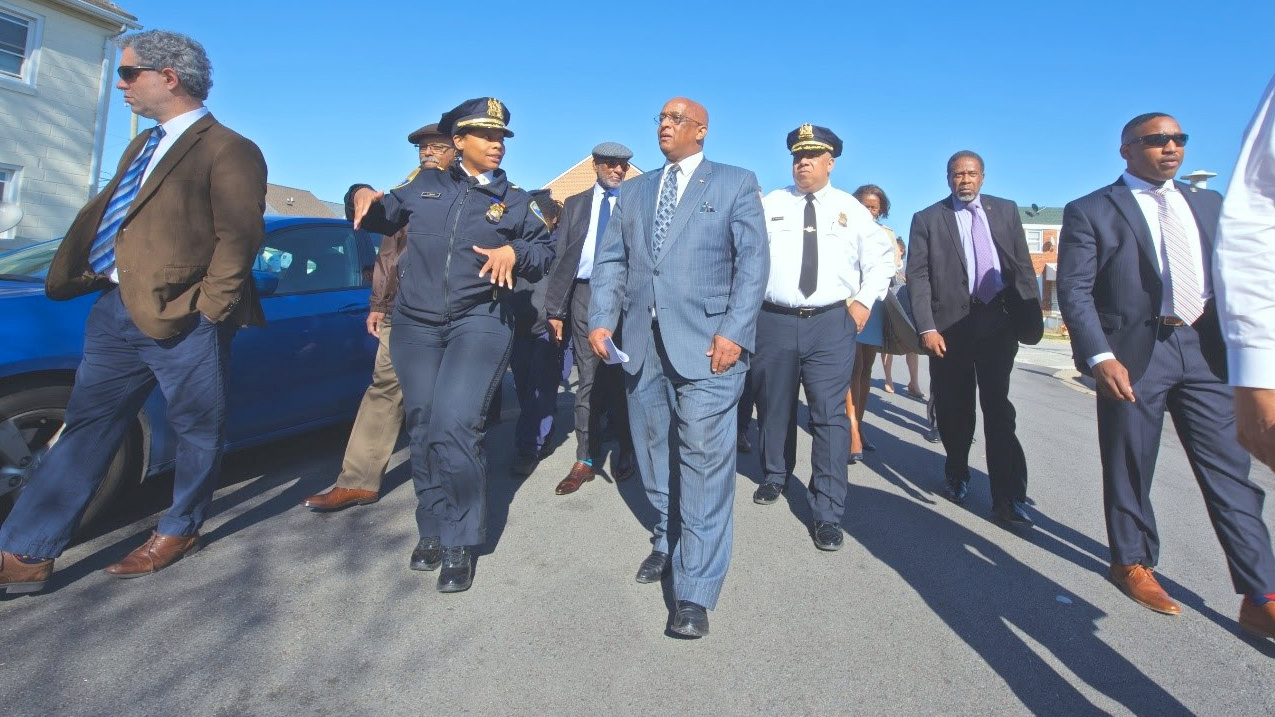 With Young vowing from the start of his plunge into the mayoralty that he doesn’t want the job permanently, he’s escaped tougher scrutiny.

In a recent Baltimore Sun profile, past nepotism allegations against Young were briefly mentioned and persistent questions about his living arrangements were noted also.

It referenced, for instance, his memorable efforts to prove that he really lived in an East Baltimore house he owned, asking reporters at one point during a tour of the house, “So you want to see my damn underwear?”

His prodigious fundraising skills honed over 23 years in city politics – and iron-fisted rule over the Council on issues that have frustrated some of the body’s more progressive members – have received less attention during this Healthy Holly interregnum.

Might Young be implicated in missteps that may emerge from closer scrutiny of Associated Black Charities’ management of the $12 million Children and Youth Fund that he crafted as City Council president?

“Getting out in front” of that possible problem, he announced an audit of the fund after The Brew quoted a letter he had privately written to ABC executive director Diane Bell-McKoy.

Some Council members, meanwhile, are focusing on the policy side of Young that aligns with their priorities, hoping to advance them under his acting mayoralty.

“Throughout his career he has championed causes that have to do with the needs of children,” said Cohen who, along with Councilman Brandon Scott, recently held a joint hearing on youth safety.

“I feel like we are going to be in a stronger position to advance these issues now than we were under Mayor Pugh,” he said over the weekend.

Councilman Ryan Dorsey is continuing to chip away at complete streets-strengthening measures and other issues he stresses like consumer protection.

“I’m introducing a bill that requires parking lots to provide receipts to customers,” he told The Brew.

“League of Their Own”

And fundraising continued apace amid the City Hall turbulence, with the 2020 primary election looming a year from now.

The lowest level – $30 to attend – is simply called “Minimum Contribution.”

The solicitation gets fancier with the upper levels, reminding potential supporters of their status if they kick in the legal maximum in Maryland – $6,000.

That amount, the invitation says, puts them at a level Schleifer’s campaign calls “League of Their Own.”