After Pennsylvania delivered the key electoral votes to put Biden over the top, CNN called the election at 11:24 a.m. and others followed. (Fox News hung back, waiting until 11:40 a.m., the New York Times reported.)

Spontaneous neighborhood expressions of approval and relief popped up at midday in North Baltimore, with some people cheering, others honking car horns and a few banging on pots and pans.

In Charles Village, they hooted and rang bells. “Donald Trump is out!” a man in his backyard announced to no one in particular. 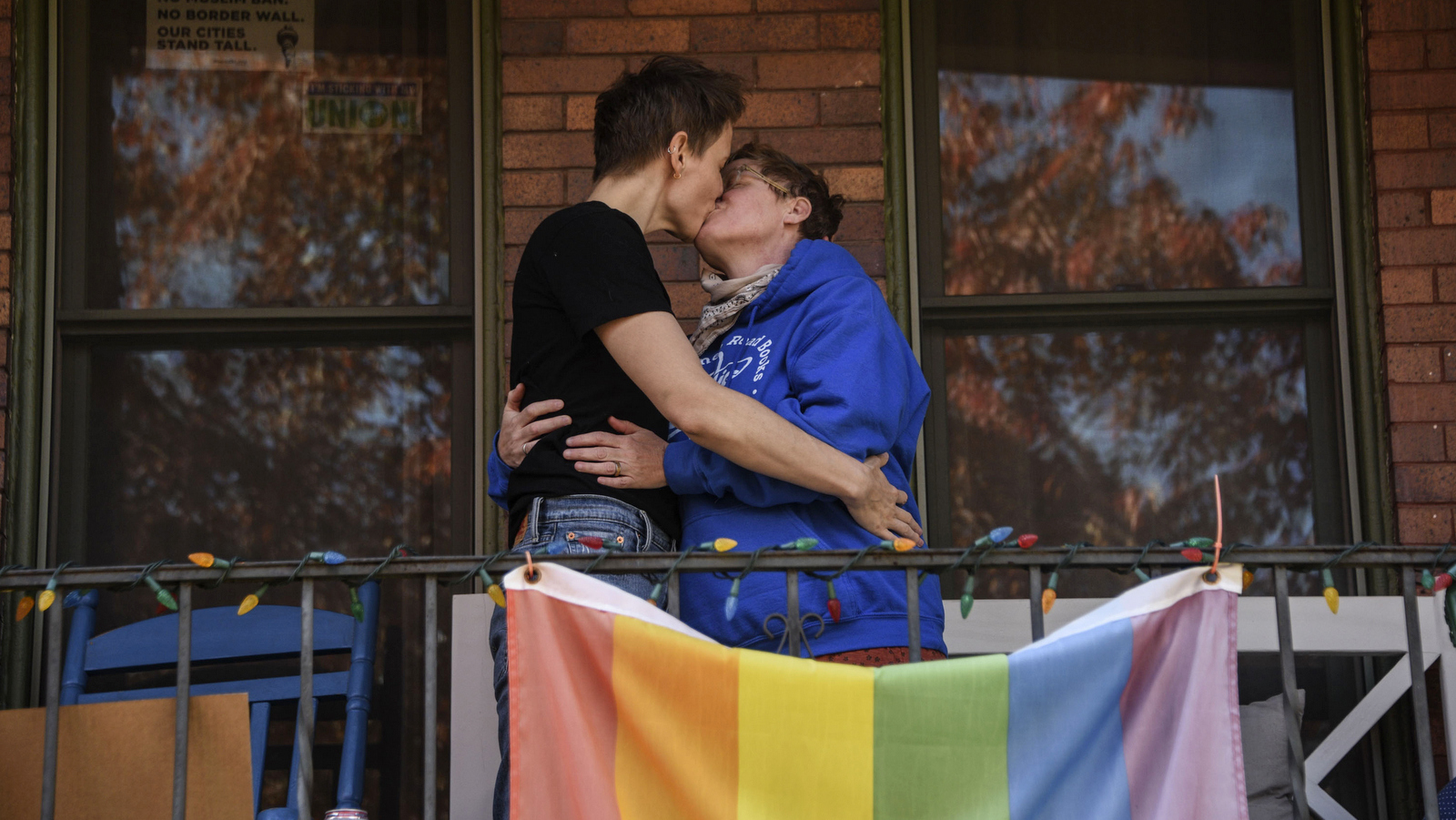 As Biden clinches victory, fans Kate Drabinski and Nicole Stanovsky celebrate their four-year wedding anniversary. They were married the day before election day in 2016. (J.M. Giordano) 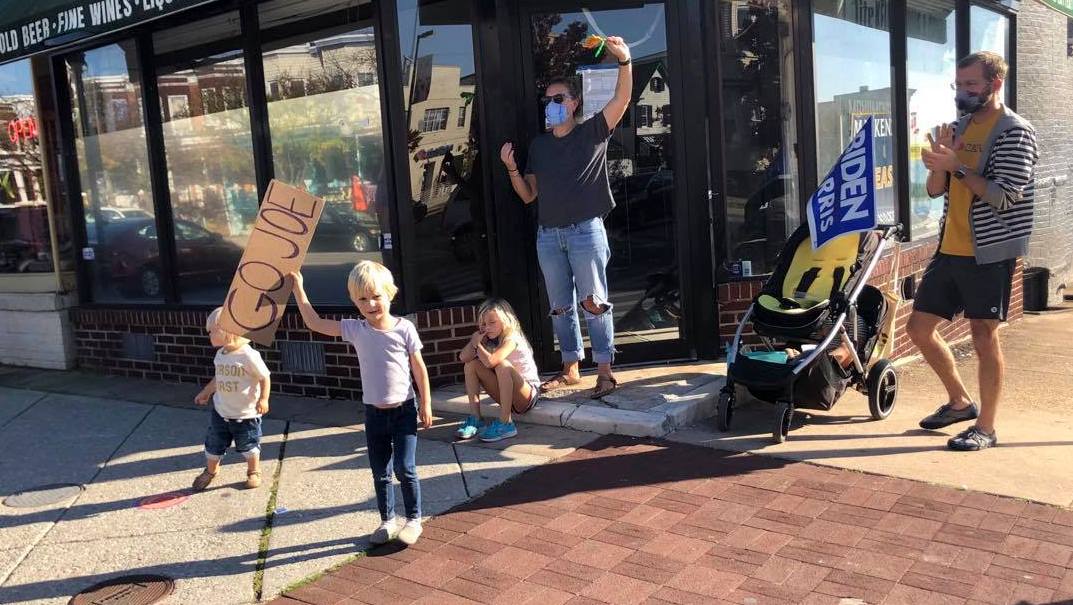 A family stands on a Hampden street corner to celebrate the Biden-Harris victory. (Fern Shen) 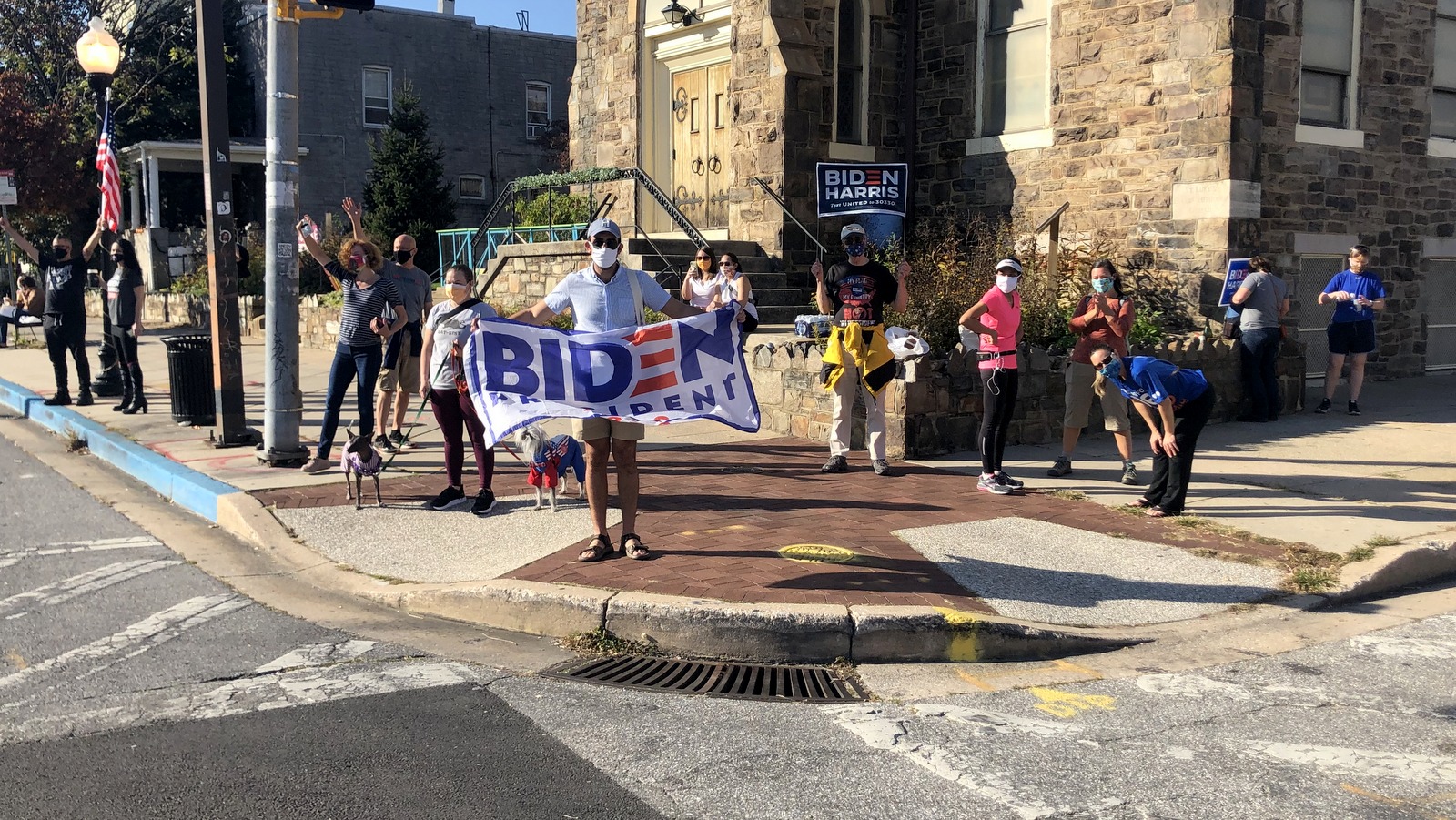 There was a festive atmosphere on Hampden’s 36th Street, where some carried the American flag, others waved the Pride flag and many held aloft blue Biden/Harris campaign signs.

Most of the motorists driving by the Hampden revelers honked in support, though there was one who yelled “F___ Biden” as he passed by.

Amid the celebration some took a moment to consider the implications of the fact the vote was as close as it was, and that the vaunted “Blue Wave” never materialized.

Biden’s popular vote was solid, but with only a few percentage points separating the two candidates, it was no landslide. After all, more than 70 million Americans voted for Donald Trump. 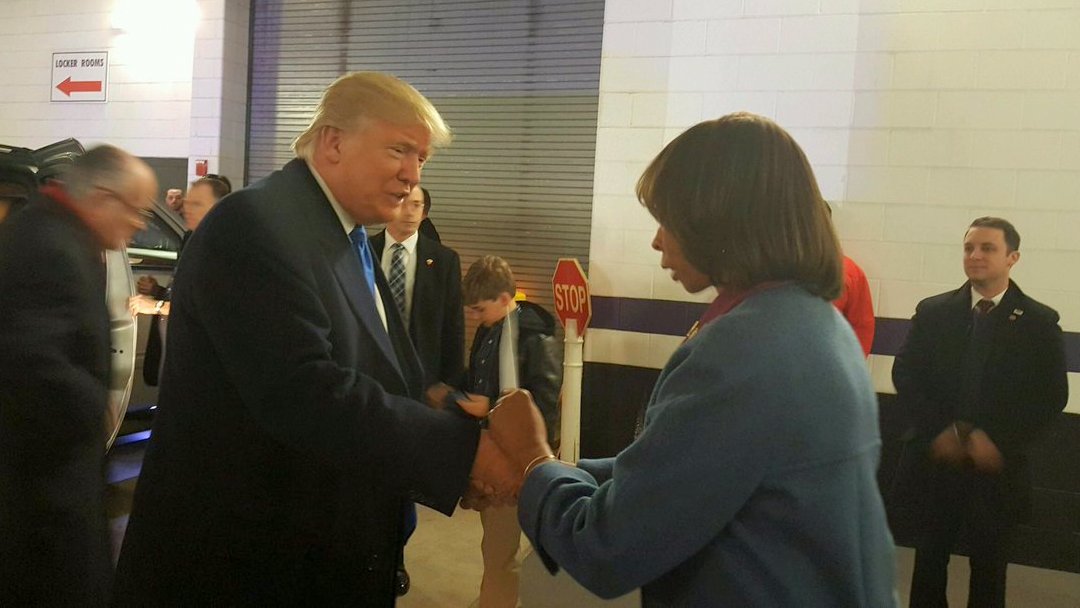