Boosted by backroom lobbying, then sidetracked by a summer of protest, the idea of allowing Johns Hopkins University to have its own private and armed police force has receded from the headlines.

But it never totally went away.

Drawing attention from the start, a bill in the state legislature in 2019 to authorize the creation of such a force prompted adamant community opposition. Adding to the outcry was the disclosure that, as the bill was being introduced, nine senior Hopkins officials contributed $16,000 on a single day to then-Baltimore Mayor Catherine Pugh’s campaign account.

The university continued to argue that it needed a police force amid rising crime near its campuses and, fueled by $581,000 in total lobbying costs, Hopkins got the measure passed in Annapolis in 2019.

A year later came the killing of a Black man, George Floyd, by Minneapolis police. The incident sparked mass demonstrations across the U.S. against police brutality and racism, creating an awkward moment for Hopkins. The university announced two weeks after Floyd’s death that that police force plan was being suspended for at least two years.

Nonetheless, the institution retains the vested legal authority to create its own armed patrol with no public accountability.

We believe this authority should be revoked completely – right now, during the current legislative session – and not left dormant, to be revived whenever the political winds change.

In response to growing calls to reverse Hopkins’ policing authority, Senator Jill Carter (D-41st) recently introduced SB-0276, a bill to “repeal all provisions relating to the establishment and maintenance of a police department at the Johns Hopkins University.”

A bill now in Annapolis represents an opportunity to re-imagine community safety.

This legislation represents an opportunity to prevent the racialized trauma inherent in American policing and makes space to re-imagine community safety.

We do so in recognition of the key role that Hopkins campus policing could have in endangering Black lives, eroding community trust in the university and propelling an agenda of gentrification.

One recent cause for our concern is the mixed message Hopkins has been sending about a key question – the scope of these armed officers’ powers.

During a hearing on SB-0276, Connor D. Scott, Hopkins vice president for security, presented testimony that contradicted many people’s understanding of the law authorizing the private police.

As noted during the hearing, the original bill granting Hopkins authority to establish an armed police force excluded jurisdiction over violent crime.

But Scott argued, to the surprise of senators and the community, that the Hopkins force would have the power to respond to violent crime in East Baltimore – though it would defer violent crime investigations to the Baltimore Police and other law enforcement agencies.

This lack of clarity about the Hopkins force does not bode well for genuine community safety and only further serves to underscore our suspicion about the real intent of this plan.

Our longstanding concern is more fundamental. Racialized trauma is inherent to modern-day American policing, an institution that has historical roots in slave patrols.  “Over the life course,” one review of the data concluded, “about 1 in every 1,000 Black men can expect to be killed by police.”

While some contend that university campus police are trained differently, evidence suggests otherwise.

The number of campuses patrolled by university police forces across the country has increased. The public’s interactions with these university police, as with their municipal counterparts, have resulted in case after case of unjustifiable injury and death.

This is true of Maryland as well:

• In July 2013, Morgan State University officers were involved in the death of Tyrone West, an unarmed Black man. 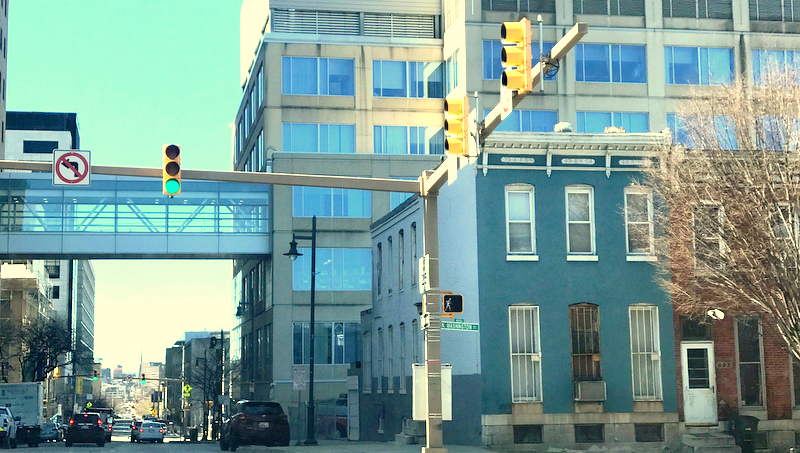 Given the especially tenuous historical relationship between Johns Hopkins and surrounding neighborhoods, the introduction of a police force will inevitably erode community trust.

From the theft of Henrietta Lacks’ cells to the Johns Hopkins/Kennedy Kreiger lead paint study that exposed Black children in East Baltimore to lead, the university and its sprawling medical complex has a strained history with surrounding communities.

The East Baltimore campus, where Hopkins police would initially patrol, has also seen organized resistance by surrounding neighborhoods like Douglass Homes. Pushing past this strong community opposition will only further alienate those living around Hopkins’ campuses.

Finally, a major reason to drop the private police plan is how widely it is associated with Hopkins’ larger, multi-pronged strategy to gentrify and racially homogenize its greater campus area.

That agenda has long been underway as evidenced by the Hopkins-led East Baltimore Development Inc., which displaced about 740 families from the medical campus area.

Studies demonstrate the key role of policing in the early stages of gentrification.

Demographics have already shifted measurably. Between the first police bill in 2018 and now, the median home price in the area near the Hopkins medical campus have surged.

Pressure is also coming from the approximately 2,400 medical debt lawsuits Johns Hopkins Hospital has filed against patients since 2009, including a large number of Black working-class residents from distressed neighborhoods surrounding the East Baltimore campus.

Hopkins has pointed to its $6 million “Innovation Fund for Community Safety” as a more palatable alternative to the police force plan, but it does not reassure us.

Limited to neighborhoods immediately around its campuses – Charles Village, East Baltimore and Mount Vernon – the safety fund is restricted to community organizations that partner with Hopkins affiliates and requires that these affiliates receive at least 10% of the grants.

Like the police force plan, this fund comes across as part of a concerted strategy of forced removal, targeting what the institution deems to be an undesirable group. It provides a facade of community engagement beyond which the university armed police force can gestate.

The fate of Jill Carter’s bill lies in the hands of her fellow Baltimore legislators.

We call on all campus and community members to recognize the racialized violence that a Johns Hopkins University police force represents and support SB-0276 and its companion bill HB-336.

We say this knowing the measures face long odds in Annapolis.

At this stage, the fate of Carter’s bill lies in the hands of Baltimore legislators like Senator Antonio Hayes (D., 40th), who introduced the 2019 private police bill on behalf of Hopkins, and Senator Cory McCray (D., 45th), who voted to support it.

Another key player is the president of the Maryland Senate, Bill Ferguson, who recused himself from voting on the original pro-police force measure – due to his employment at the time by the Johns Hopkins University.