The first case of a resident infected with Covid-19 at the Pleasant View nursing home in Carroll County, Maryland was confirmed on March 26.

Now, a month later, a quarter of the residents at the home are dead from complications related to the virus that has spread to nearly all of the 226 certified nursing homes in Maryland.

The Brew has been documenting the death toll at FutureCare, the state’s largest nursing home chain. There have been major outbreaks of coronavirus at Genesis Loch Raven in Parkville, Regency Care in Silver Spring, Sagepoint Senior Living Center in La Plata and elsewhere.

Tragedies of this magnitude demand answers, beginning with how it happened and what could have been done to prevent it.

The Centers for Medicare and Medicaid Services (CMS) regulates nursing homes whose standards are based on guidances issued by the Centers for Disease Control and Prevention (CDC).

As it turned out, those standards were woefully inadequate to protect residents from COVID-19 because they failed to account for transmission of the disease by carriers without symptoms.

Knowing, but not Acting

By the time the first confirmed case of the COVID-19 in the U.S. was diagnosed in Washington state on January 20, federal officials knew three things:

• It is especially deadly to the elderly.

• Approximately 1.5 million Americans – including 100,000 in Maryland – live in nursing homes, with about one-half of them 80 years old or older.

Given these facts, did CMS and CDC act quickly and decisively enough to protect nursing home residents? The answer is a resounding “no” based on the facts that have come to light.

CMS was too slow to issue guidance to nursing homes on preventing asymptomatic transmission of COVID-19 from employees to residents.

That delay, in combination with the failure of the federal government to make available sufficient diagnostic test kits and personal protective equipment (PPE) for healthcare workers, set the stage for the tragic loss of life at Pleasant View and other senior-care facilities. 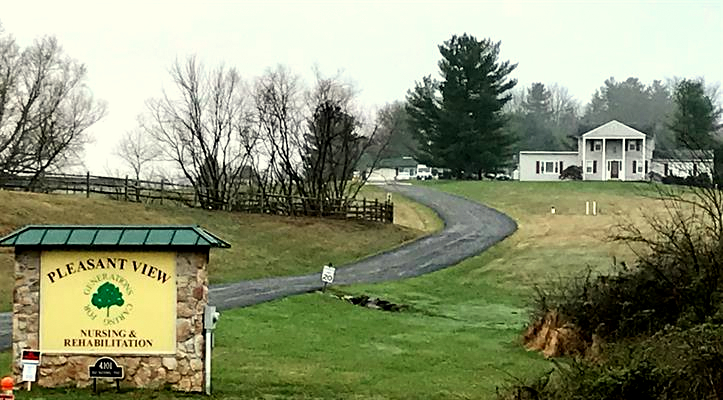 Pleasant View did not test asymptomatic employees for Covid-19, which ended in a calamitous outbreak of the virus in the Carroll County nursing home. (wbal.com)

Hole in the Defense

Pleasant View was following CMS standards for screening employees for Covid-19 in March. Employees reporting to work were screened for fevers or respiratory symptoms, two common symptoms of Covid-19.

If they had fevers or respiratory symptoms, they were sent home to self-isolate. But they were not tested for the virus because testing of staff was not required by CMS.

Even if such testing had been required, it would not have been feasible, given the shortage of test kits – a shortage that continues to this day.

Did the shortage of kits make the CMS reluctant to require more expansive testing? Standards adopted by the CMS are not “aspirational.” They are based on what nursing facilities reasonably can be required to do.

Stated another way, it certainly is possible that the inadequate testing requirement was shaped by the test kit shortage rather than by best practices. It is a possibility worthy of congressional investigation.

Throughout March, the standards for screening employees for Covid-19 were based on the assumption was that the virus could be transmitted only by persons showing symptoms of the disease. By the time Covid-19 reached Pleasant View, however, it was clear that the assumption was wrong.

Consequently, the practice of excluding from the facility only those employees who showed symptoms left a gaping hole in the measures taken to protect residents.

Maryland officials have since concluded that the virus entered through that hole, introduced into Pleasant View by an asymptomatic employee.

CMS standards also did not require health care workers to wear full personal protective equipment (PPE) when in contact with healthy residents in order to prevent transmission of the virus to the residents.

Sufficient supplies of PPE would not have been available anyway in March to satisfy such a requirement.

Is this another instance of a standard being shaped by a deficiency in preparation for the pandemic rather than by best practices?

In summary, because nursing home administrators were unable to identify and isolate either residents or staff members infected with Covid-19 with any degree of reliability, new residents, staff or outside vendors could bring the virus into the facilities undetected. 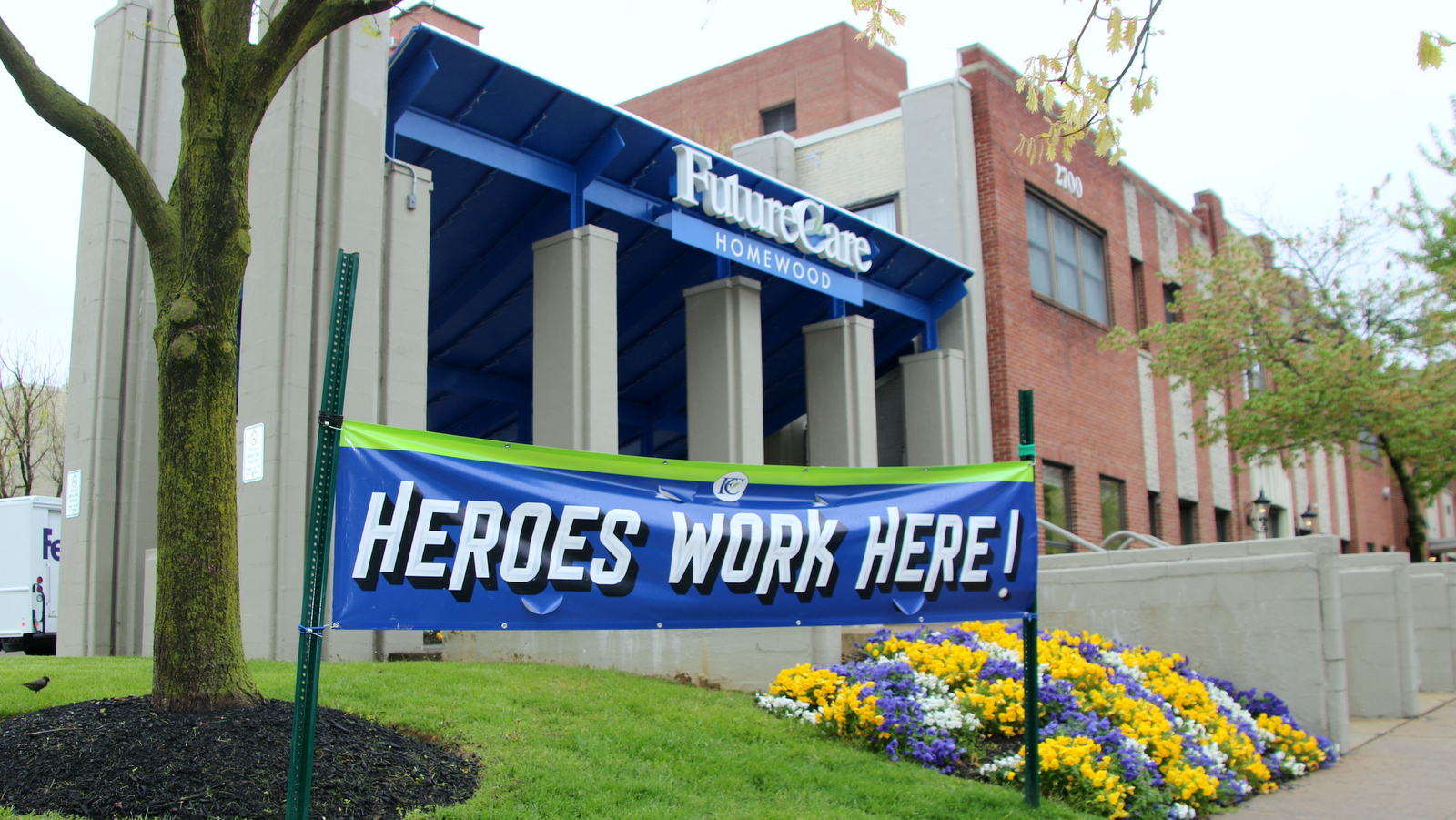 What did CDC and CMS know?

COVID-19 is a “novel” coronavirus. Experience with two other coronaviruses, SARS and MERS, had led public health officials to assume that only symptomatic carriers could transmit the disease to others.

By the end of January, however, Chinese doctors were reporting suspected cases of asymptomatic transmission of COVID-19, meaning that the disease was transmitted from carriers not displaying any symptoms of the disease.

On January 30, a study reported the first proven case of asymptomatic transmission. Although the validity of the study later was questioned, Dr. Anthony Fauci, director of the National Institute of Allergy and Infectious Diseases, told CNN on January 31, “There’s no doubt after reading this paper that asymptomatic transmission is occurring. This study lays the question to rest.”

On February 13, Dr. Robert Redfield, head of the CDC, told Dr. Sanjay Gupta in an interview that the existence of asymptomatic transmission of coronavirus was concerning:

On February 21, a second study confirmed the results of the first, and any doubts about asymptomatic transmission were gone.

“Until you really understand how many people are asymptomatic and asymptomatically passing the virus on, we think it’s better for the entire American public to know that the risk of serious illness may be low.”

Less than two weeks after she made that statement, residents at Pleasant View began dying.

A guidance by the CMS should have been sent to nursing homes no later than March 1, warning about asymptomatic transmission and requiring additional precautions.

A guidance should have been sent to nursing homes no later than March 1, warning about asymptomatic transmission.

In fact, after February 21, the only prudent assumption was that all asymptomatic nursing home workers were capable of transmitting Covid-19 to residents, particularly in the absence of an adequate number of test kits to do routine screening of employees to rule out infection. 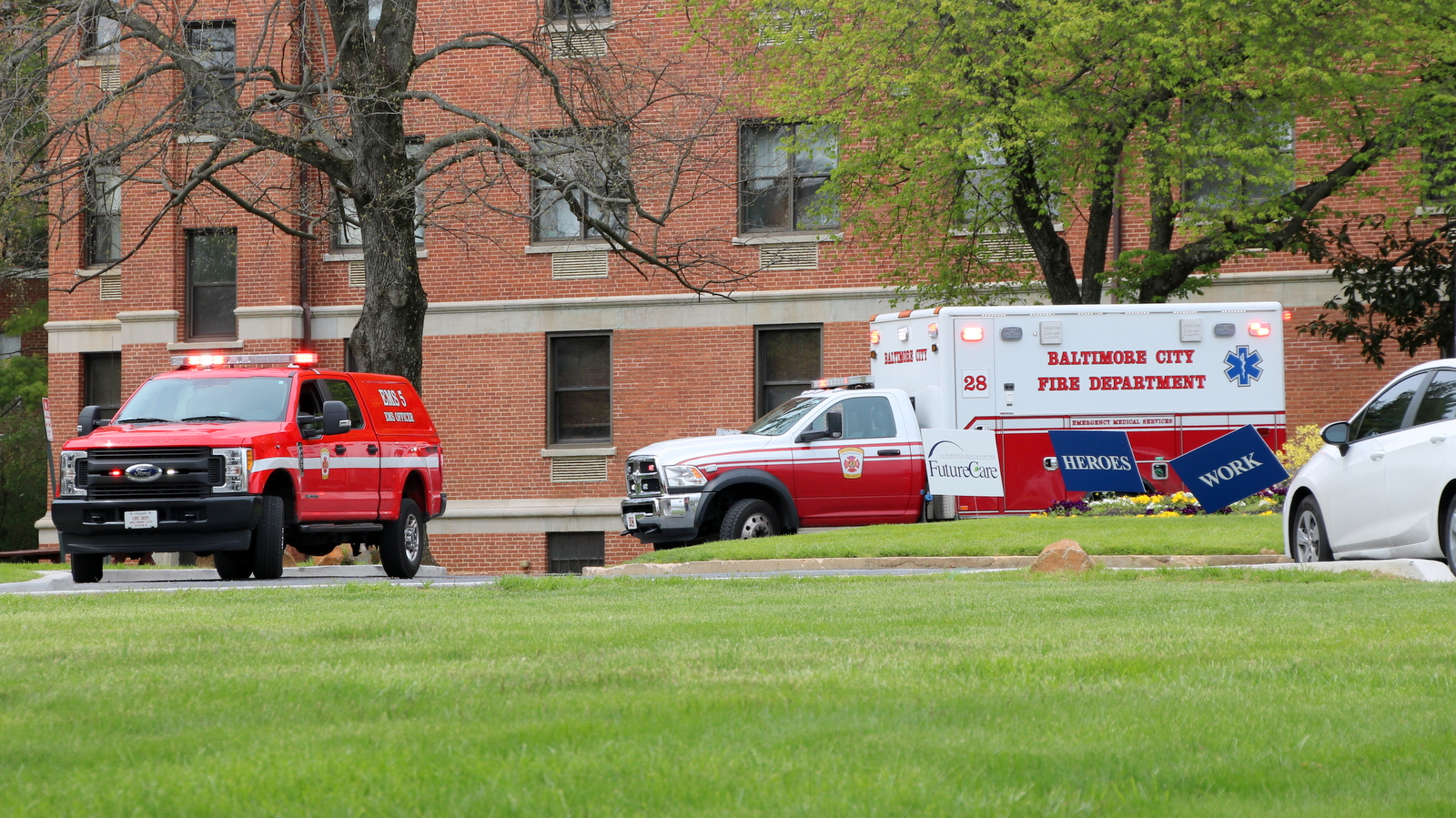 EMS vehicle and ambulance outside of FutureCare Lochearn, a Baltimore nursing home with where 170 residents and staff were recently found to be Covid-positive. (Louis Krauss)

On April 5, without waiting for updated guidance from the CDC or White House, Maryland Governor Larry Hogan ordered all nursing home staff who are in close contact with residents to wear full PPE, including a face mask, eye protection, gloves and gown.

Other measures were ordered to mitigate the spread of the disease within facilities. The state also scrambled to make enough PPE available to nursing home employees to implement the order.

Can the state be faulted for not acting sooner? Not in my opinion. The governor stepped outside the state’s limited authority over nursing home practices into an area of regulation within the jurisdiction of the CMS when he issued his order. He had no reason to be aware of the agency’s deficient standards.

The governor’s emergency order was another case of a state having to take extraordinary measures because of the failure of the federal government to do its job in responding to the pandemic.

Would adequate and timely standards issued by the CMS, along with sufficient quantities of test kits and PPE, have prevented the 26 deaths at Pleasant View?

That is impossible to say. The virus might have slipped into the facility regardless of precautions. But this much is clear: the shortcomings in the federal response made tragedies of the type that occurred at Pleasant View inevitable.

The leaders of three groups representing the nursing home industry in Maryland sent a letter to Hogan last week asking him to use some of the 500,000 test kits he obtained from South Korea to allow nursing homes to screen all asymptomatic residents and staff for Covid-19.

“Waiting for both employees and residents to develop symptoms almost guarantees additional infections,” they pointed out.

California last week announced that it would disregard CDC guidelines and start routine testing of asymptomatic nursing home residents. The testing of residents and staff, as frequently as every week, is considered the gold standard for protecting nursing homes in the absence of a vaccine, especially in areas where the disease is prevalent.

Yesterday, Hogan did the right thing by waiving state privacy rules in favor of the public disclosure of nursing homes with Covid cases.

The governor now needs to take another decisive step – ordering the regular testing of asymptomatic nursing home residents and staff to protect our most vulnerable citizens.
______________

– David A. Plymyer retired as Anne Arundel County Attorney in 2014 after 31 years in the law office. He wrote Maryland must start disclosing infections and deaths at nursing homes in The Brew last week. He can be reached at dplymyer@comcast.net.