When Gov. Larry Hogan postponed this year’s primary elections until June 2 amid the Covid-19 pandemic, it meant five more weeks for candidates to campaign – which costs money – just as many Baltimoreans lost their jobs.

“I really wish I didn’t have to send this email,” Bienert wrote. “Governor Hogan has made the right decision for the health and security of our community, but it means that our campaign budget has increased by an unexpected $21,500. DONATE NOW.”

Cohen urged the opposite.

“Please don’t spend your money on my campaign,” he wrote. He asked supporters  to donate instead to a Baltimore City Public Schools fund for families in need of assistance.

This week, after taking in very few contributions since early March, he resumed actively seeking contributions.

“Can you help to keep me in office, so I can continue to stand up for Baltimore? Give now,” he wrote in an email yesterday. 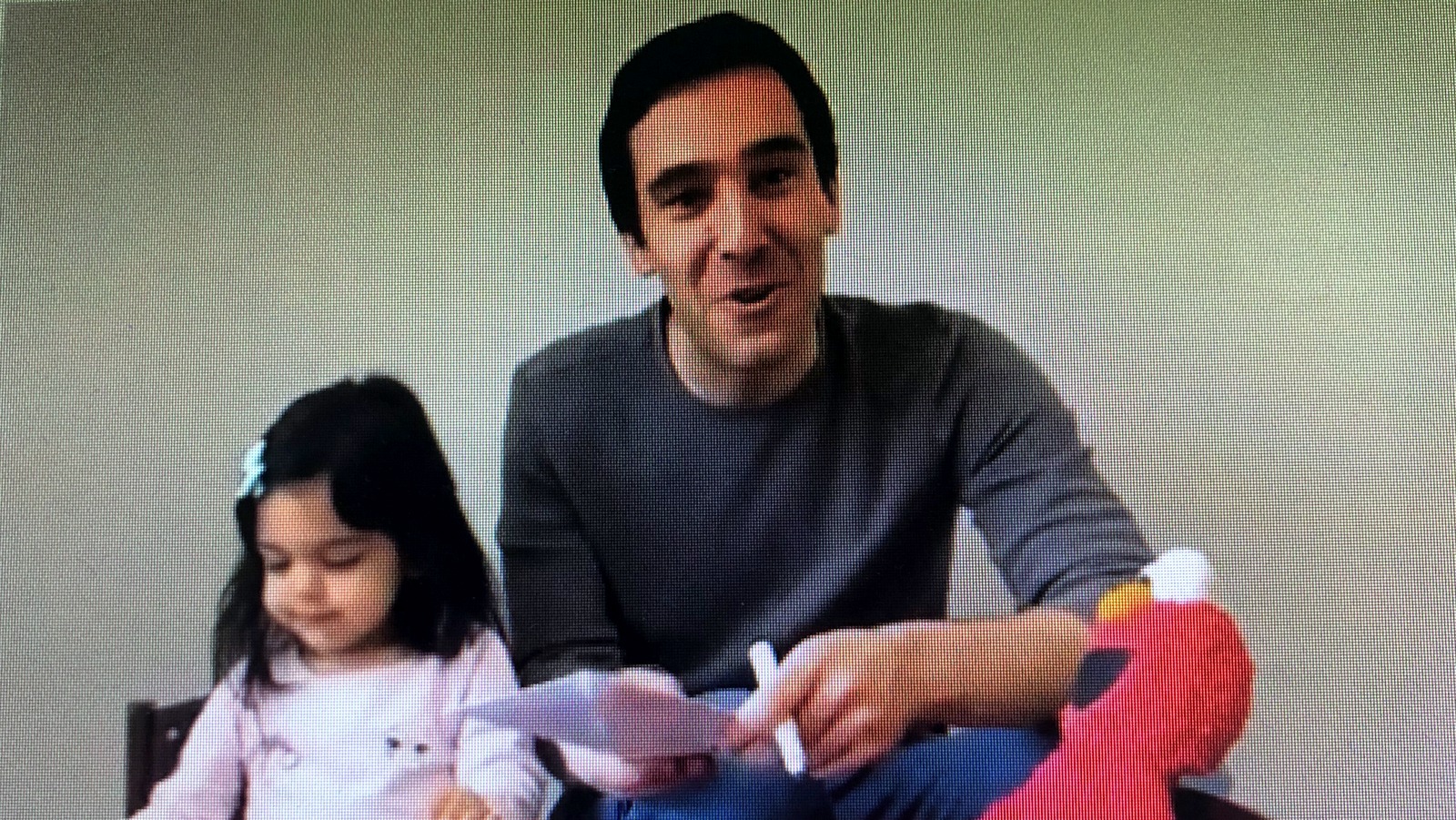 Zeke Cohen enlists his daughter Maya and Elmo for a campaign video. (@Zeke_Cohen)

Development in Fells Point, Canton and Harbor East has made the southeast district the most expensive for City Council campaigns. Bienert raised enough last fall to force Cohen to spend, but few expect her to unseat the one-term incumbent.

In her most recent disclosure, Bienert, a social worker and chair of the 46th District Democratic State Central Committee, reported raising over $112,000 over the last year.

Cohen’s much bigger prior balance has allowed him to spend more than $130,000 and still have $210,000 on hand. Bienert has so far spent about $95,000 – more than the vast majority of candidates in other Council districts.

A former City Schools elementary teacher, Cohen has set the bar high for his re-election.

“I do not want the result to be close. I want a complete mandate,” he told The Brew.

Other significant contributors include:

• $3,500 from Frank Scarfield of Holabird Management.

Restaurant owners in Canton and Fells Point, such as Steve Chu of Ekiben on Eastern Avenue, have made large contributions as well.

Much of Cohen’s spending has been on pay for campaign staff – just under $32,000. “Campaigns have a tendency to be exploitative,” he said. “I’m not about that.”

Some of Baltimore’s most prominent developers and business owners have thrown their financial weight behind Bienert.

Among them are principals in the Atlas Restaurant Group (whose Choptank Restaurant in Fells Point was at the center of controversy last year for a racially discriminatory dress code) and members of the Paterakis family, founders of H&S Bakery and developers of Harbor East.

• $11,500 altogether from Smith, his wife Christina Ghani and his Choptank eatery.

• $3,000 each from multiple companies connected to the Paterakis family, including Comm-Foods and Inner Harbor East Garage LLC.

• $3,000 ($1,000 each) from three other family members – John and Charles Paterakis and brother-in-law George Philippou.

• $3,000 from Mark Sapperstein, a developer of the Canton Crossing shopping center in the district.

• $3,000 from Howard Perlow through Halp Development.

• $2,000 from the Baltimore City Fraternal Order of Police PAC Fund.

Just under $32,000 of Bienert’s spending has been on consulting and fundraising from Rowland Strategies and Rice Consulting.

The 1st District covers southeast Baltimore from the Inner Harbor to Dundalk.

Historically, the district was the hub of Baltimore’s immigrant communities, but waterfront development has priced many out of the district. That trend is especially visible on Eastern Avenue in Highlandtown, where luxury condos and a rolled ice cream shop have popped up near bodegas.

“What makes the 1st different than almost any other Council district is the amount of wealth churning within a very narrow sliver of real estate along the harbor,” said Owen Silverman Andrews, a Patterson Park resident and co-chair of the Baltimore City Green Party. 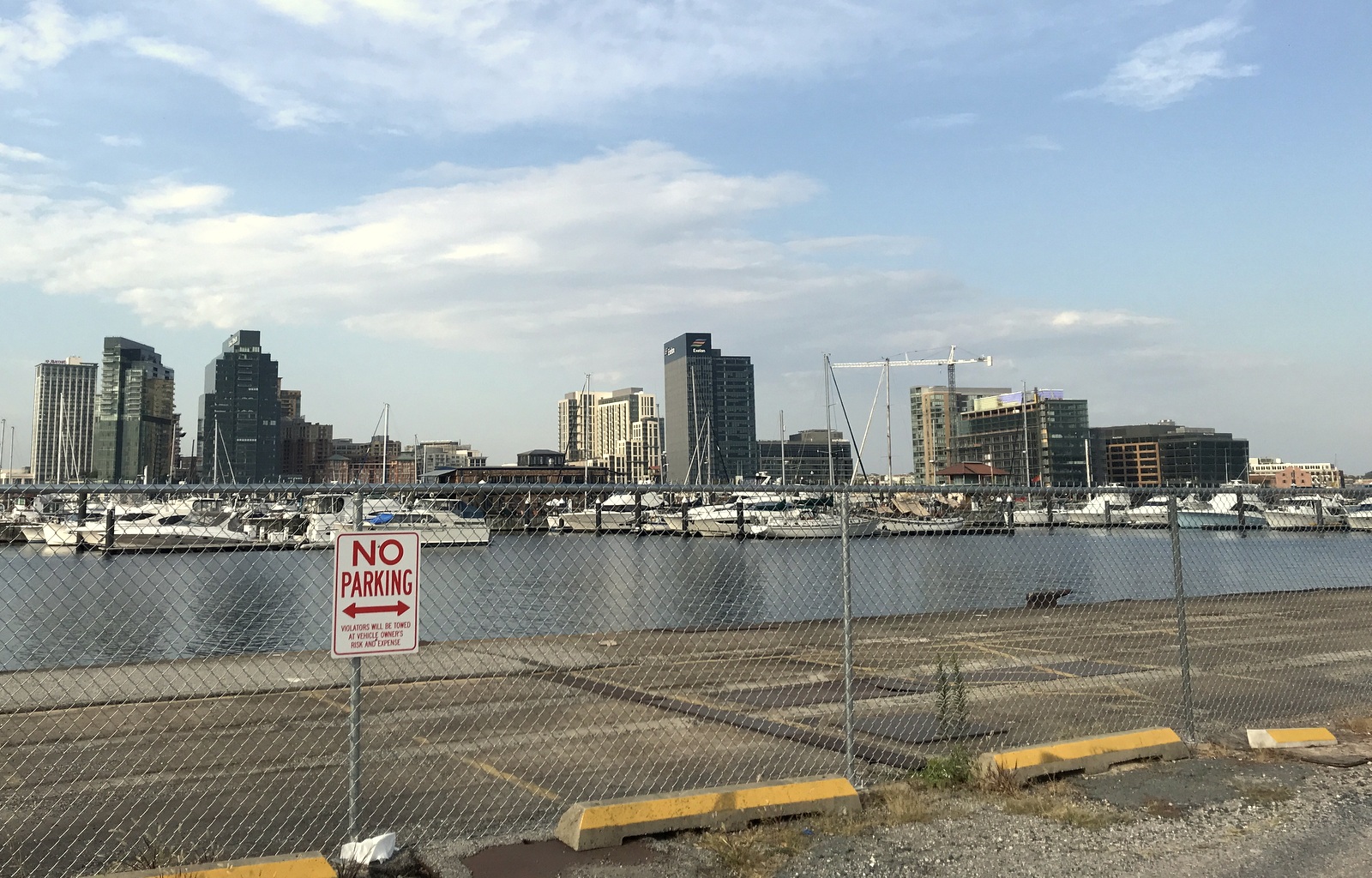 Many thought Cohen would run for higher office, which would have left his seat open, following the scandal that forced out former Mayor Catherine Pugh. Since he chose to seek reelection, Bienert was left with much tougher competition.

Brian Seel, a district resident and community association vice president, said he would be happy to vote for Bienert if she were running against a weaker incumbent.

“What makes the 1st different is the amount of wealth churning within a very narrow sliver of real estate”  – Owen Silverman Andrews.

Cohen has received the endorsement of Mark Edelson. The lawyer and president of the Canton Community Association ran against Cohen in 2016 and currently serves on the 46th District Democratic State Central Committee with Bienert.

First elected in 2016, Cohen chairs the City Council’s Education and Youth Committee. In the wake of last year’s shooting at Frederick Douglass High School, he sponsored legislation requiring the city to address the trauma that so many young people face.

Recently, he’s advocated to close the “digital divide.” He and Council President Brandon Scott secured $9 million from the Baltimore Children and Youth Fund for food assistance and technology. 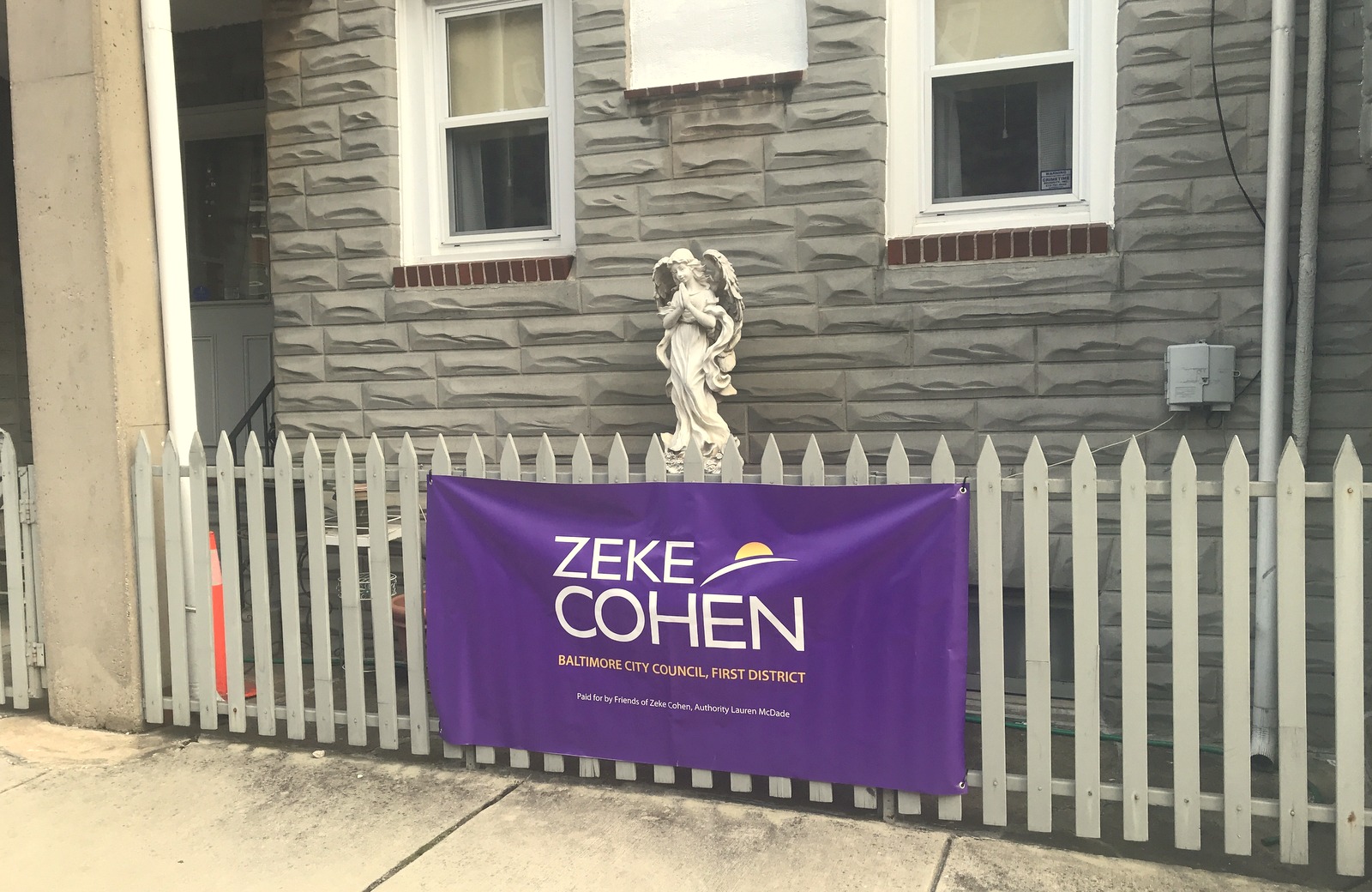 Public safety is Bienert’s top priority; she says three-quarters of 1st district residents identified it as their top issue when she knocked on their doors.

As a trained social worker, Bienert says, she takes a holistic approach to crime reduction.

Because many 911 calls are for behavioral health emergencies cops aren’t prepared to treat, she proposes to expand a program through which officers are paired with social workers. She pledges to create an office to serve citizens returning from incarceration in order to decrease the recidivism rate.

Bienert said she doesn’t take issue with Cohen’s legislative record, but sees his constituent service record as lacking, regardless of the number of resolved 311 calls he posts on Facebook.

“Reported numbers are one thing, but the experience that countless residents have shared with me tells an entirely different story,” she said. “It’s a matter of picking up the phone when people get the wrong water bill.”