Protesters ended a weekend of marches in Baltimore supporting Breonna Taylor, who was shot to death by Loiusville police, by tagging the federal courthouse downtown.

They sprayed “Our servants” and other messages on the wall at the building entrance and “Fuck Trump DHS” on the sidewalk outside the Edward A. Garmatz U.S. District Courthouse.

They also tore down the flag from the flagpole in front of the building, at 101 West Lombard Street.

Two people were arrested for “destruction of property” while walking along Martin Luther King Boulevard, but were later released by police, according to organizers.

“The two trans kinfolk that were arrested by Baltimore Police tonight have been released from custody; according to family the police said it was a case of “mistaken identity,” @BmoreBloc tweeted.

BPD spokesman Detective Donny Moses declined to comment, saying the agency would provide information on the incident “in the morning.” 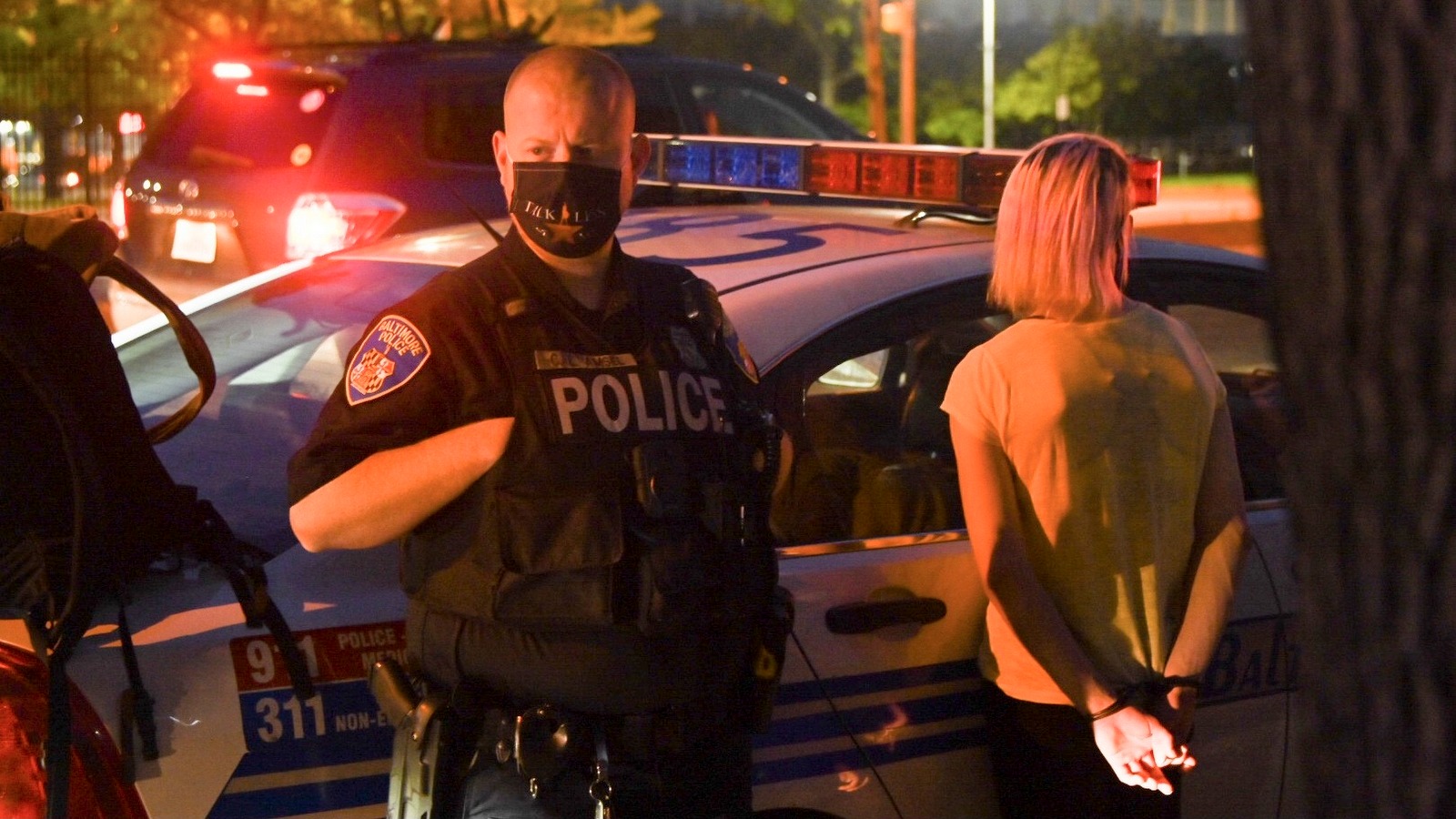 Arrest made during Breonna Taylor protest in Baltimore. (J.M. Giordano)

“These kids are great”

It was the third night of protests in the city in the wake of the grand jury’s decision not to charge the police officers who shot and killed Taylor during a botched raid on her apartment.

Today’s march began with about 75 black-clad marchers, some carrying umbrellas to block photos from above and to keep the media at bay, gathered at Pearlstone Park next to the MICA Station building.

From there, accompanied also by street medics and legal observers, they began the long march to the courthouse. 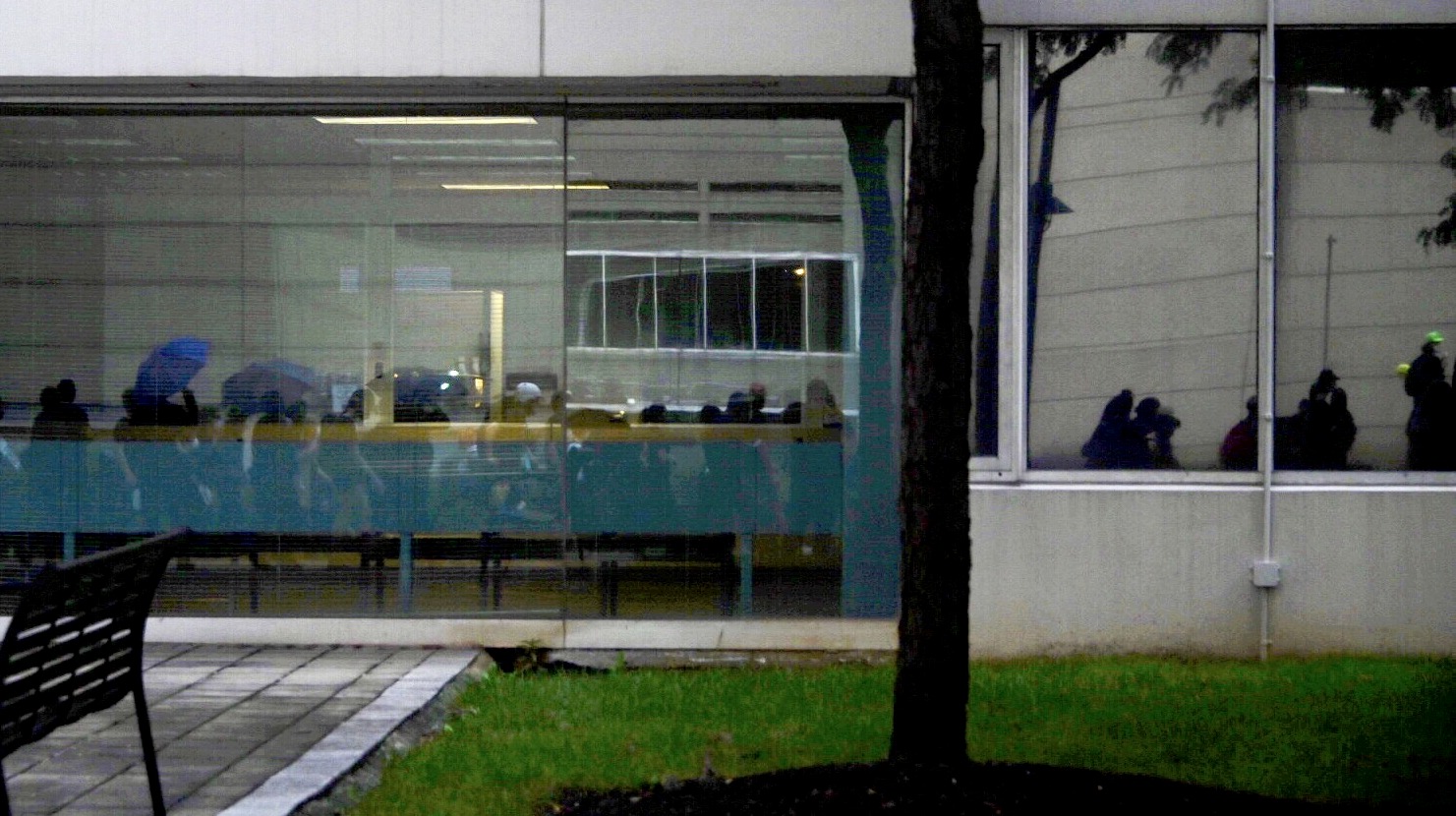 The group elicited honks from passing cars usually accompanied by a raised fist in support of the march and picked up marchers along the way, including Mimi Bodow, 83, who came out of her Cathedral Street apartment.

“I was arrested five times in Georgia during the civil rights movement”  – Mimi Bodow.

“I’ve been involved in civil right for over 50 years,” Bodow said, taking a break from marching to talk to a reporter. “I was arrested five times in Georgia during the civil rights movement.”

Bodow, who is slight with a great shock of silver hair down to her shoulders, wanted to march even for the two blocks around her apartment.

“I worked in a community center [in Georgia] and we were very close to Dr. King, the Southern Christian Leadership Conference, and SNCC [Student Non-Violent Coordinating Committee],” she said. 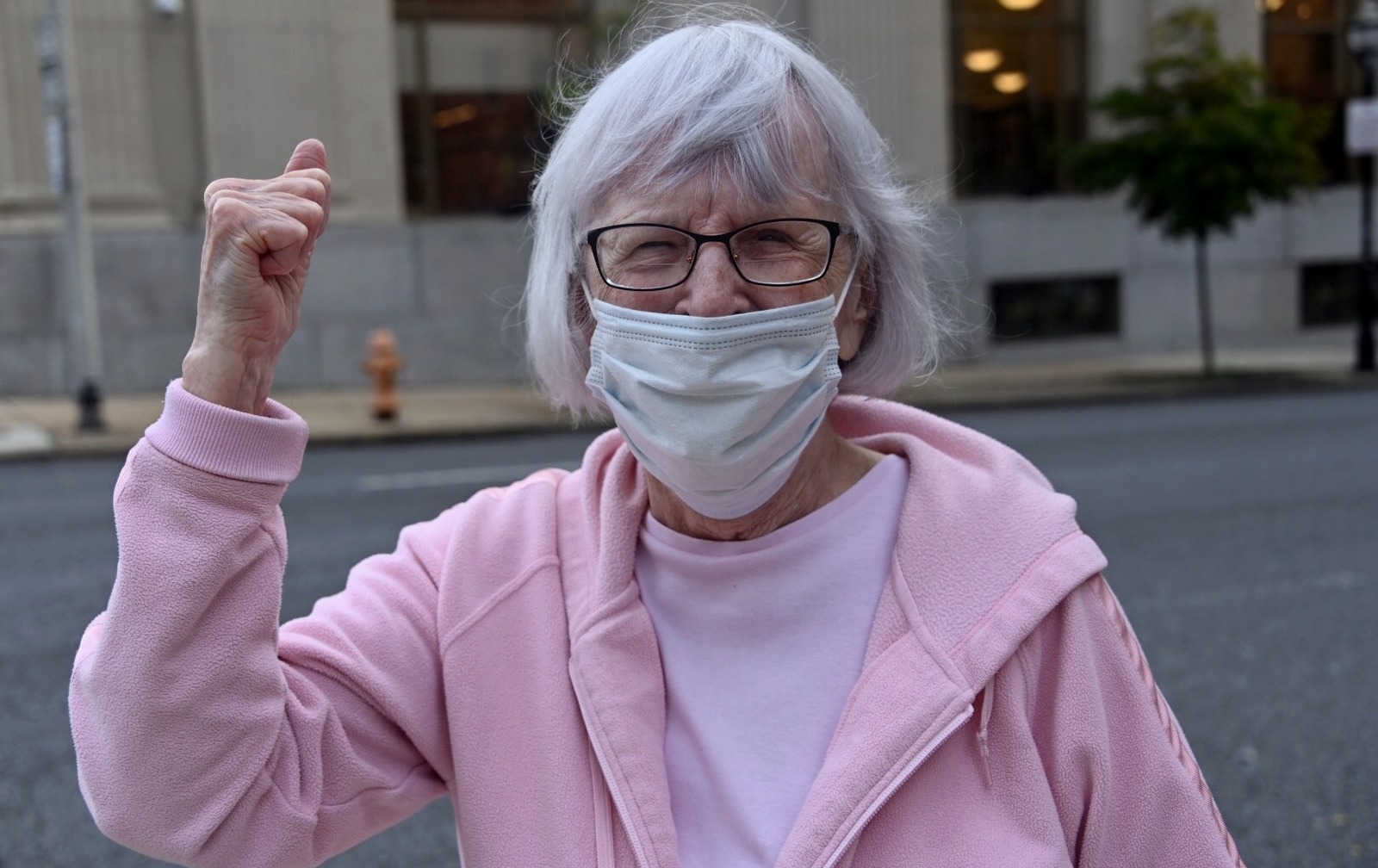 Mimi Bodow, an 83-year-old Catholic sister who joined the Baltimore protest over the police killing of Breonna Taylor. (J.M. Giordano)

Bodow is a Catholic Sister and has lived in Baltimore for about 10 years. Her bright pink fleece jacket stood out among the black-dressed protesters passing by.

“We helped them all out. I think these kids are wonderful. I think we have a movement,” she said. “We saw all the troubling things with police when we were in Georgia 50 years ago. It still goes on.” 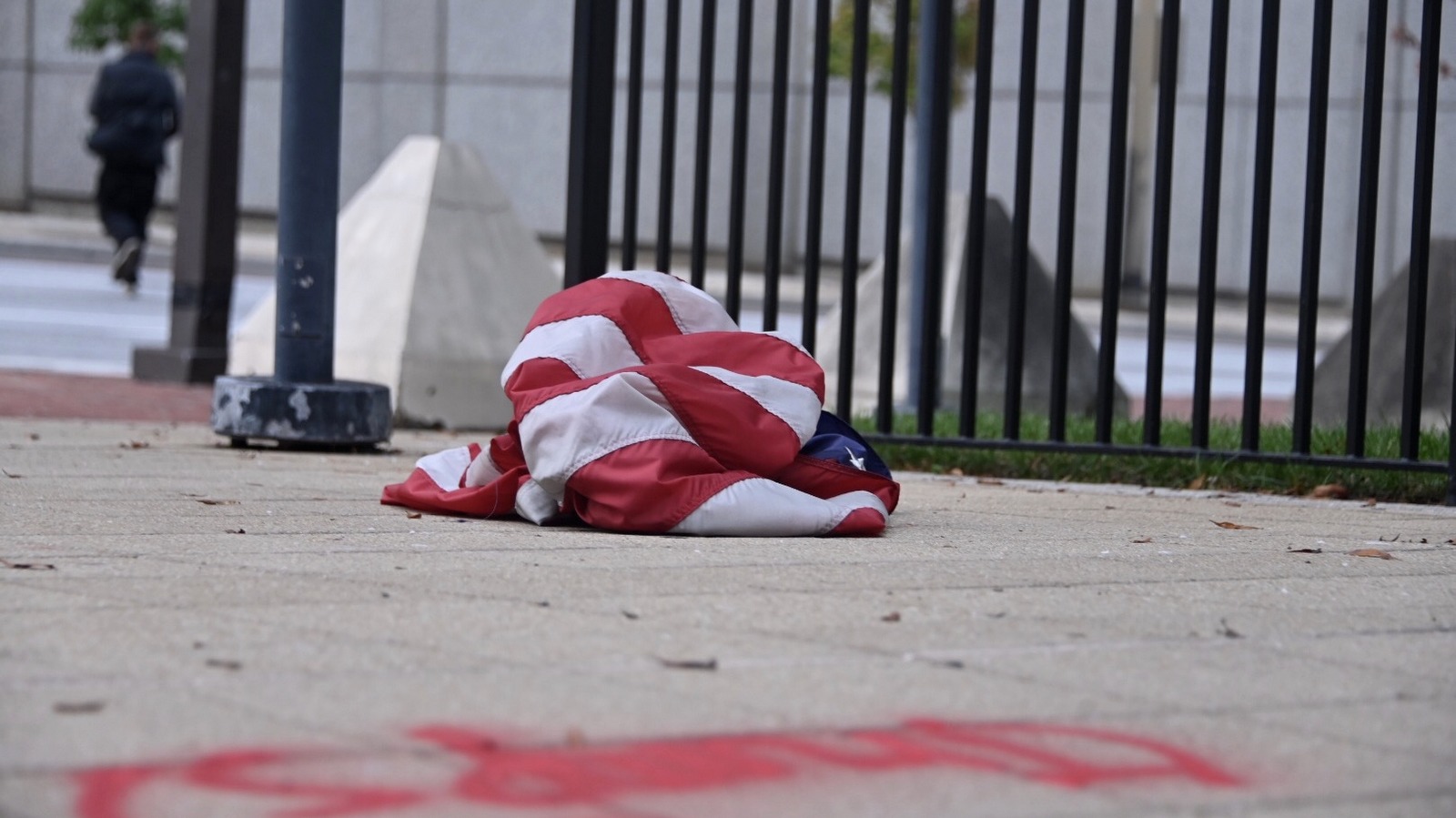 Protesters pulled the flag from the flagpole. (J.M. Giordano)