Last year’s replacement of disgraced Baltimore state delegate Cheryl Glenn with the House Majority Whip’s daughter was so egregious it might understandably leave the impression that the insiders club process is a city phenomenon, a Maryland Democratic Party thing.

First, the press was kicked out of the room, then the committee installed Chanel Branch as the 45th District’s representative, with Ms. Branch casting the deciding vote for herself. “I’m a daddy’s girl,” she quipped.

But it’s not just Baltimore lawmakers who get their ticket to Annapolis punched by a couple of party officials rather than a vote by the people. Thanks to the “central committee” selection system, voters in District 2A, in far Western Maryland, haven’t had a choice for three terms.

Republican Party officials have been installing lawmakers there since 2008 when Delegate Robert A. McKee resigned following a federal law enforcement raid that found child pornography on his home computer.

They replaced McKee with financial advisor Andrew A. Serafini. Then in 2015 when the party moved Serafini to fill a vacancy in the Senate, they swapped in former Washington County Commissioner William J. Wivell.

Such moves trigger a chain reaction of vacancies that keep the powerbrokers busy in Maryland – one of only five states where appointment power is handed to a private organization, in our case, the state Democratic and Republican parties.

Who to put in Serafini’s District 2 Senate seat after he resigned last August? The committee selected Delegate Paul D. Corderman, who was representing District 2B as a delegate.

And what to do with Corderman’s vacant House seat? They gave it to Brenda Thiam, a candidate for the Hagerstown City Council at the time of her appointment.

And how did Corderman get his House seat in the first place? Appointment! After his predecessor snagged a judgeship, Corderman was given that office by the central committee.

Maryland is one of only five states where political parties, rather than voters, have appointment power

When party apparatchiks move the chess pieces on the board, voters are shut out. Rendered irrelevant, really.

Democrats and Republicans have been doing this for so long – taking charge of elected positions opened up through deaths, resignation or scandal and filling them with widows, lobbyists, officeholders and other party loyalists – that Maryland residents think it is normal.

But it doesn’t have to be this way. More than half of U.S. states do not use an appointment process and, instead, hold special elections for legislative openings. 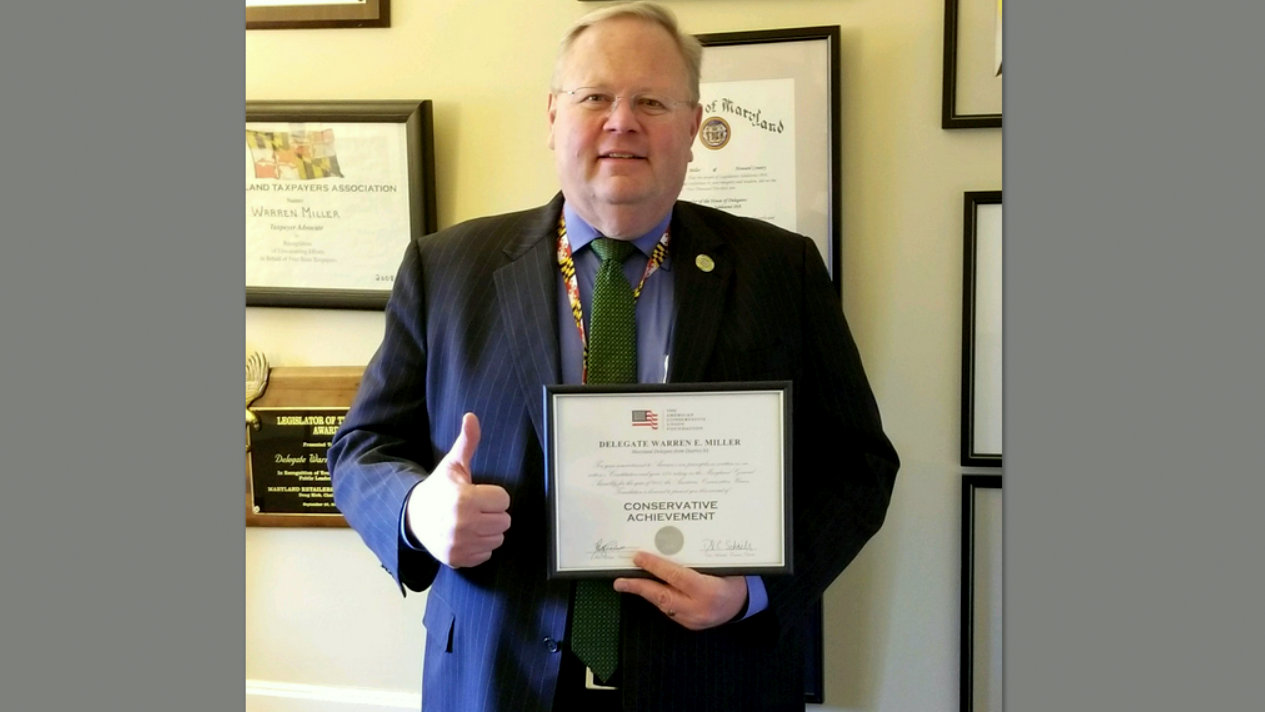 With the recent resignation of Howard County Republican Delegate Warren E. Miller, a former Roscoe Bartlett campaign manager given the seat by the party’s central committee in 2003, the committee will now be choosing his replacement. (miller4delegate.com)

At present, 22% of the House of Delegates and fully a quarter of the Senate were not first elected by voters, but rather appointed by party central committees.

Some were recently appointed while others, including many high-ranking members of both chambers and parties, have been in the legislature for years.

By the end of January, or less than one month into the 2021 session, there will be two more appointed delegates and one more appointed senator in the General Assembly.

The trend has been accelerating in the House, where since 1997 there have been 77 appointments (79 once these two openings are filled). In the last four years alone, there have been 23 appointees.

When a vacancy occurs, state law says that the party to whom that person belonged gets to choose their replacement. Historically, the governor, whose approval is required, rubber stamps the party’s nominee.

Once someone is appointed, they are almost always voted in again thanks to the power of incumbency and name recognition.

Council Members and their Consultant

Central committees are usually composed of no more than a dozen members who are generally party insiders.

In Baltimore, for example, several members of the City Council and the state delegation also sit on district central committees, meaning they not only control how their party operates, but also the trajectory of local and state legislation and key personnel. 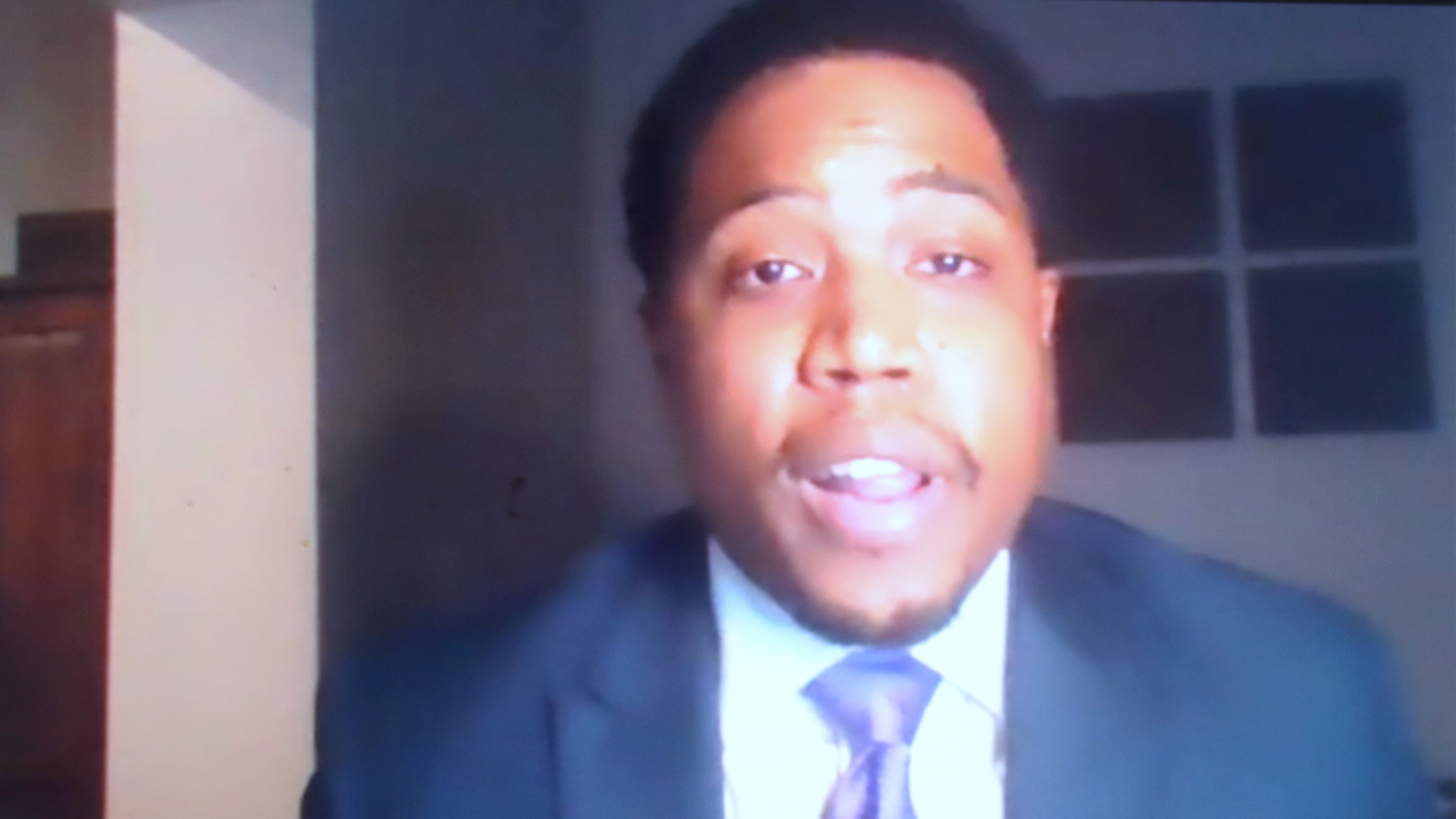 Such double duty is common across the state in both parties, but the vote taken recently by Baltimore Democrats recently to fill Nick Mosby’s 40th District house seat takes the cake.

When the seven-member committee filled the vacancy with attorney Marlon Amprey, his votes came from three sitting City Council members and a former executive director of the Maryland Democratic Party whose political consulting company, Tidemore Group, worked for two of the Council members in the 2020 elections.

It’s hard to get more insider-y than that.

Some argue that because voters elect central committee members, the current system is democratic. But few voters know what these positions really are and what powers they confer, so they cast their votes randomly or not at all. Besides, who fills central committee vacancies? Not the voters. It’s done by the central committee, of course!

This is not how vacancies are filled in most of the country.

More than half of the states do not use an appointment process and instead hold special elections for legislative openings. States such as Alabama, Oklahoma, Pennsylvania, New York and Virginia all operate more democratically and transparently than Maryland does.

Fortunately, there is a growing movement of pro-democracy voters who are calling for central committee appointments to be abolished and replaced with special elections.

Unfortunately, though, the pair of bills pending before the General Assembly this session that purport to reform the system are actually “red herring” measures designed to confuse voters.

HB-0265 and SB-0006 may be titled “Special Election to Fill a Vacancy in Office,” but they do not call for real special elections as voters understand them.

Instead, most vacancies would still be filled by appointment, but the appointee would be required to run in the next statewide election, regardless of whether it’s the end of their term or not. This is what the bills’ sponsors are holding up as a “special election.”

If the bills pass, which would trigger a constitutional amendment question on the 2022 ballot, central committees will still fill vacancies and the cronyism will continue. But lawmakers will be able to claim that they “solved the problem.”

Opponents of allowing special elections in Maryland have a number of reasons for opposing them, primarily that they are too expensive. This is not true.

To us, the estimates we’ve been given seem exaggerated because many costs are already baked in. The county boards of election already own the equipment. The only additional cost is printing ballots and paying election judges. A mail-in special election would be even more cost effective.

(States have a variety of approaches to running and paying for special elections. In Virginia, a special election is called for every legislative opening. The two main parties hold their own “firehouse primary,” which is paid for through their party budget. The primary winners go on to a special general election where voters make the final decision on who will represent them.) 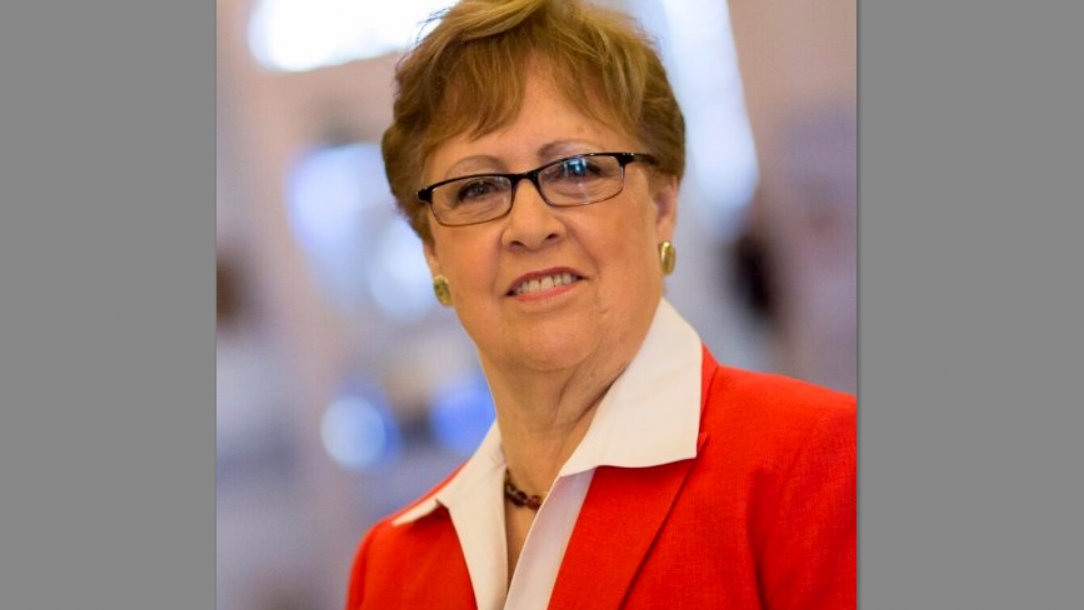 Del. Susie Proctor, a Prince George’s County Democrat, was appointed in 2015 after the death of her husband, who in 1990 also entered the legislature through appointment. (@delsusieproctor)

Another frequent excuse is that voter turnout will be low. In states where special elections are held, the turnout is around the same as the turnout for a primary election. Even a turnout of just a few dozen voters would still be double or triple the amount of people who make the decision now.

Others argue that the appointment process allows for more diversity than open elections. In fact, the 2018 elections resulted in the most diverse legislature in Maryland history, made up of candidates who won their races through votes cast, not connections.

Supporters of HB-625 and SB-0006 may sincerely believe this approach is better than nothing – and all that legislative leaders will allow. We disagree. Maryland’s appointment process is not working either for voters or good government.

As presently constituted, central committees breed cronyism and corruption. The General Assembly must pass a real special elections bill that abolishes the appointment process and replaces it with district-wide special elections for legislative vacancies

• Cristi Demnowicz chairs Represent Maryland, a non-partisan, all-volunteer group working to end corruption and protect democracy. Its petition calling for special elections can be found at RepresentMaryland.org/SpecialElections. She can be reached at Cristi@RepresentMaryland.org.