Baltimore State’s Attorney Marilyn Mosby has been indicted for failing to disclose taxes she owed when applying for mortgages to buy two Florida condominiums and for lying about financial hardship due to Covid to access funds she used to buy the properties, federal prosecutors announced today.

Mosby also stated in mortgage documents, as Baltimore Brew disclosed last March, that she would use one of the condominiums as a second home, qualifying her for a lower interest rate.

This statement was false because one week prior, according to the indictment, Mosby entered into an agreement with a vacation home management company to market the property as a short-term rental.

The four-count indictment was announced today by Maryland U.S. Attorney Erek L. Barron and agents of the Federal Bureau of Investigations and the Internal Revenue Service.

The U.S. Attorney’s Office confirmed through subpoenas issued last March that Baltimore’s top prosecutor and her husband, City Council President Nick Mosby, were the subjects of a criminal investigation.

The two-term state’s attorney, whose extensive travels and frequent political battles have made her a controversial figure, fired back at prosecutors and the media through her lawyer and supporters, saying she was a victim of personal animus and racial targeting.

Running for a third term this year – she held a virtual “birthday fundraiser” last night to commemorate her upcoming 42d birthday – Mosby could not be reached for comment.

It remained unclear whether the federal investigation centered around the $45,022 tax lien against the couple’s home, which Nick Mosby told The Brew had been paid off, or whether it involved other issues.

Grand jury subpoenas had been issued for the couple’s tax records, their side businesses (Marilyn’s Mahogany Elite Enterprises and Nick’s Monumental Squared LLC), and worksheets and accounting records for the “Friends of Marilyn Mosby” campaign committee.

Today’s 19-page indictment, which does not charge Nick Mosby with any wrongdoing, outlines a set of charges linked to his wife’s Florida real estate purchases, first disclosed by The Brew.

Charging Mosby with perjury, the indictment alleges that in 2020, Mosby made requests to withdraw $40,000 and $50,000 from her city retirement account, claiming Covid-related hardship.

Under the CARES Act, withdrawal was permitted if the applicant experienced “adverse financial consequences from the Coronavirus as a result of being quarantined, furloughed, or laid off; having reduced work hours; being unable to work due to lack of childcare; or the closing or reduction of hours of a business she owned or operated.”

But Mosby did not experience any of these hardships, according to prosecutors, who said she received her full $247,956 salary in 2020.

• Marilyn Mosby said in mortgage documents she’d use Florida property as second home, then she made it a rental (3/22/21)

When Mosby took out the $490,500 mortgage on the Kissimmee property, the indictment says, she signed a second-home rider document which said the borrower will “maintain exclusive control over the occupancy of the Property . . . and [will not] give a management firm or any other person or entity any control over the occupancy or use of the Property.”

But Mosby had already arranged with a management company to market the property as a short-term rental. 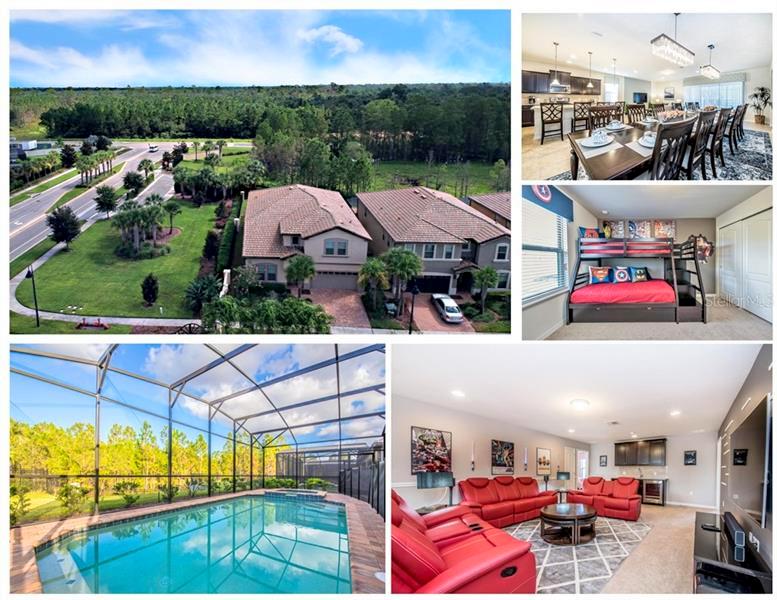 Prosecutors also allege that Mosby made false statements on mortgage documents for the Kissimmee property and the Longboat Key condominium, advertised in property listings as “four minutes away from the Gulf of Mexico.”

As part of both applications, Mosby was required to disclose her liabilities.

But prosecutors said she failed to disclose on either application that she had unpaid federal taxes from a number of previous years or the $45,022 lien against the house she and her husband own in Reservoir Hill.

In each application, Mosby was asked:

“Are you presently delinquent or in default on any Federal debt or any other loan, mortgage, financial obligation, bond, or loan guarantee?”

In both cases, the indictment alleges, Mosby responded, “no.”

“We will fight these charges”

In a statement issued tonight, Mosby’s attorney, A. Scott Bolden, indicated that she will not resign from office – there is no law that forces her to do so – and  “will fight these charges vigorously.”

“I remain confident that once all the evidence is presented,” Bolden continued, “that she will prevail against these bogus charges — charges that are rooted in personal, political and racial animus five months from her election.”