Nick Mosby, president of the Baltimore City Council, and his wife, State’s Attorney Marilyn Mosby, seem to lurch from one ill-conceived idea to the next. Such is the case with “The Mosby 2021 Trust,” now reportedly in the process of being dissolved.

The trust, set up to administer the Mosbys’ legal defense fund, ran into a problem last week with the city Board of Ethics.

The board found that Nick Mosby violated the city’s ethics ordinance by accepting contributions to the fund from “controlled donors” – persons doing or seeking to do business with the city.

(Marilyn Mosby, subject to the state’s ethics law, was not part of the board’s action.)

The trust’s dissolution will likely help the Mosbys avoid another problem – this one with the IRS, which earlier placed a lien on their Reservoir Hill house over the nonpayment of taxes.

The problem lies with the trust’s claimed status as a tax-exempt “political organization” governed by Section 527 of the Internal Revenue Code.

The only reason for seeking Section 527 status for a legal defense fund is to secure certain tax advantages. They include eliminating potential gift tax liability for donors and protecting the Mosbys from individual tax liability for contributions to and expenditures from the trust.

Getting into the Weeds

According to the trust’s website (taken down over the weekend), the purpose of the trust is to receive and distribute funds to help the Mosbys pay for legal expenses incurred as the result of “an unjust, politically-motivated federal criminal tax investigation.”

There’s nothing wrong with the purpose of the trust listed on the Form 8871, which, as it happens, includes no reference to paying for the legal expenses described on the website.

Indeed, if the trust is used to pay legal expenses incurred by the Mosbys during the federal criminal investigation – or in the course of defending Marilyn Mosby against the criminal charges brought against her as a result of that investigation – such use would appear to violate the relevant provisions of the Internal Revenue Code.

They state that a Section 527 entity must be organized and operated for an “exempt function.”

The term is defined as “the function of influencing or attempting to influence the selection, nomination, election or appointment of any individual to any Federal, State or local public office,” and includes the “making of expenditures relating to” such office that would be deductible under Section 162(a) of the Internal Revenue Code for a trade or business.

Section 162(a) allows the deduction of legal expenses arising directly from a taxpayer’ trade or business, but not from a taxpayer’s personal affairs or private financial affairs. Only legal fees that are “ordinary and necessary expenses for running the [taxpayer’s] business” can be deductible. 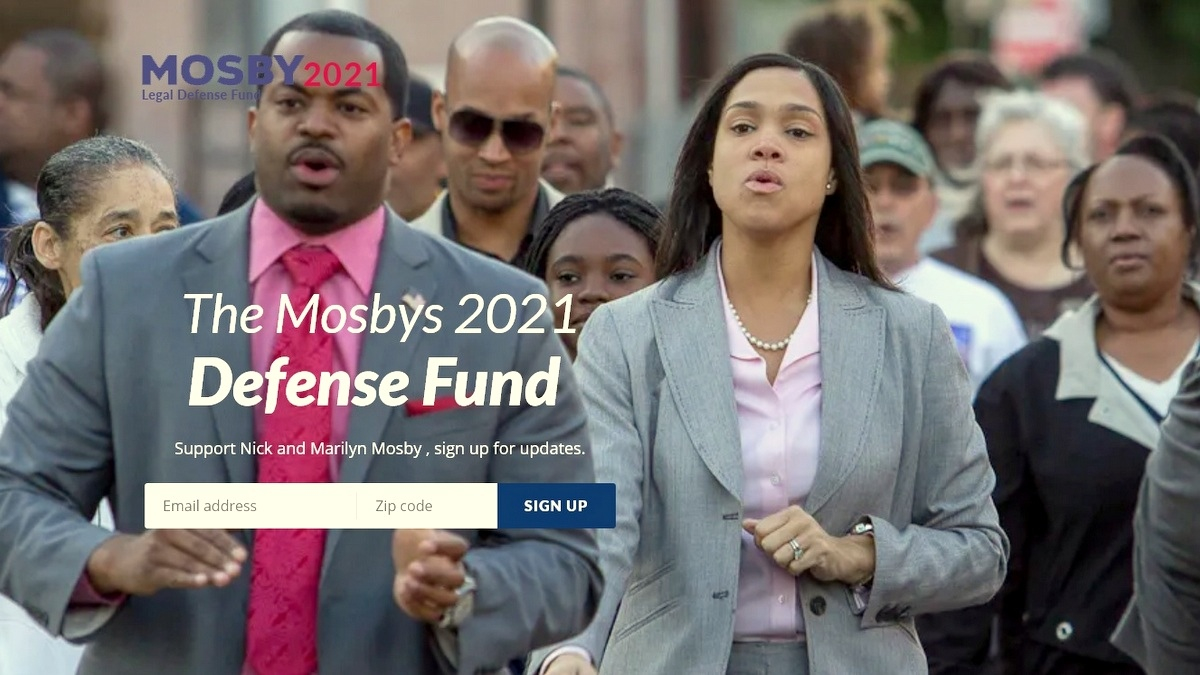 The legal fees incurred by the Mosbys during the federal investigation were not ordinary and necessary expenses for seeking or holding their respective political offices. Nor did the indictment of Marilyn Mosby arise from her conduct as state’s attorney.

Instead, the charges arose from her submission of mortgage applications for houses in Florida as well as representations made on an application for an early withdrawal from a city retirement plan.

The Mosbys have repeatedly claimed that the purpose of the federal investigation was to politically embarrass them and to prevent them from being re-elected – to “influence” the outcome of their elections in Section 527 parlance.

I have no doubt that the IRS would conclude that the purpose of the investigation was not “political,” but rather to determine whether any federal crimes were committed.

If, as advertised on the trust’s website, the purpose of the Mosby Trust was to raise money to defray legal expenses incurred as a result of the federal criminal investigation, both the trust and the Mosbys were headed for trouble with the IRS.

• David A. Plymyer retired as Anne Arundel County Attorney after 31 years in the county law office. He can be reached at dplymyer@comcast.net and Twitter @dplymyer.